If you read today’s Plainsman, you’ll learn that I’ve never been drunk, which would seem to suggest that I’m ignorant when it comes to the culture of alcohol. Which I am.

But it’s just kind of hard to believe that Auburn footing a $2,000 bill (calculating for inflation—actual 1977 cost: $499.15, including bartender and hospitality room… and you gotta have napkins) for beer and whiskey at an AU hosted high school coaching clinic would, like football players posing with coeds in Playboy, go over well in the age of the Auburn Family, etc. 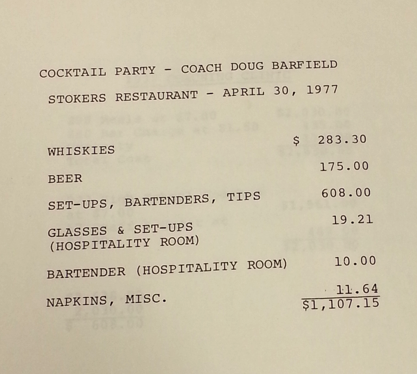 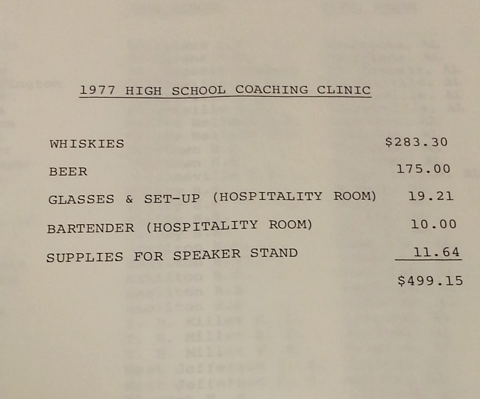 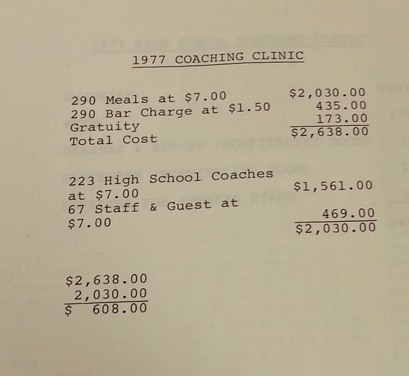 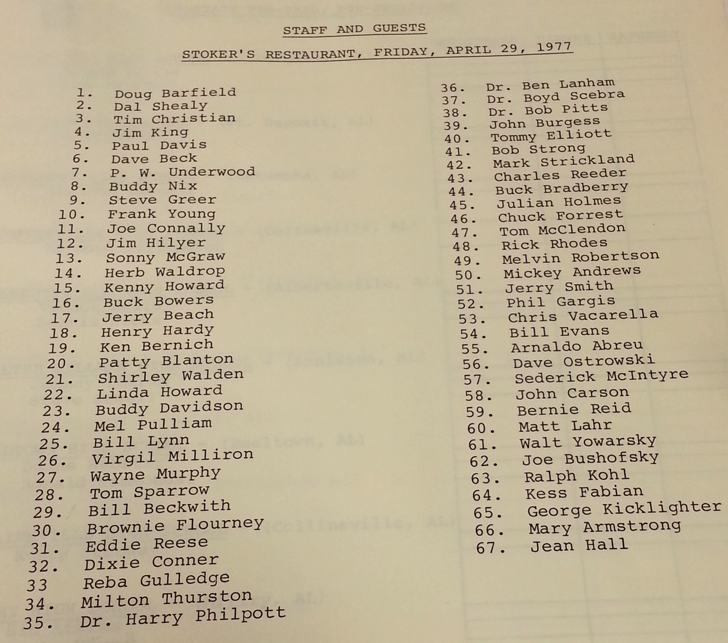 I don’t know – maybe it wouldn’t be a big deal now, like it apparently wasn’t then; I mean, there’s Pres. Philpott on the guest list. 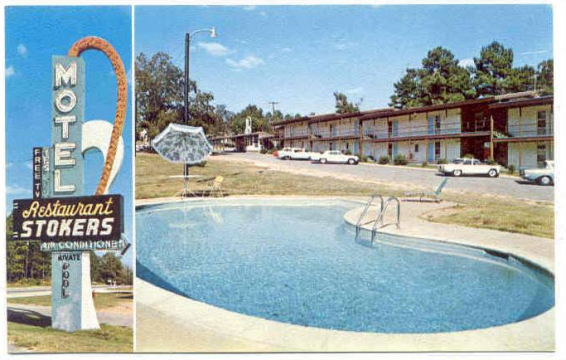 I’ve got the brochure and the schedule for the 1979 clinic, too, just not the Stoker’s receipt… which may have been a little more that year. Guest speaker? Woody Hayes, his knuckles still bruised purple.

In the words of Ron Anders, Doug Barfield was a good man.