Better be prepared to bum a ride to class tomorrow, Auburn students. Or walk. Because possibly half of the Tiger Transit fleet could be grounded, at least according to Auburn City Councilman Arthur Dowdell who is representing transit drivers alleging unfair treatment from Groome Transportation, the company operating Auburn’s transit system.

“If they don’t meet the needs of these people, then we will stop the transit,” Dowdell told The Plainsman. “At least 50 percent of the transit will be stopped, and people won’t be able to get to school.”

According to The Plainsman, the employees are demanding back sick day, holiday, and personal day pay they believe their contracts entitle them to. There’s also supposedly a rumor among employees that Groome will reduce their pay to minimum wage, a claim a Groome spokesperson said was false.

Employees are reportedly meeting with Groome officials early Wednesday morning. And things could get real.

“If these demands are not met by 6:30 in the morning–we will stop those transit buses and they won’t be running until these workers are satisfied,” Dowdell told The Plainsman. “I talked to the supervisors and they’re agreeing with it. Everybody is on board that they do not want to go back to minimum wages; they do want to be able to clock in where they clock out at. They do want sick leave pay and holiday pay like Auburn University employees do. They want the same benefits…like Auburn University has for their workers.”

You can read a press release from the drivers here. 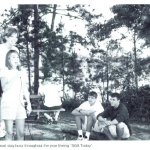