OK, we are now fully and forevermore aware that Auburn has and has had a sailing club. But we’re somehow only just now aware that richness of the sailors’ history included delicious photos like the group shot for the Backyard Battle ’89 Parade featuring, yes, 1989 people looking as AUsome as you’d expect, but even better—a “First Time Ever” Iron Bowl-themed sailboat that, as far as we’re, concerned is STILL ridin’ the Tide. 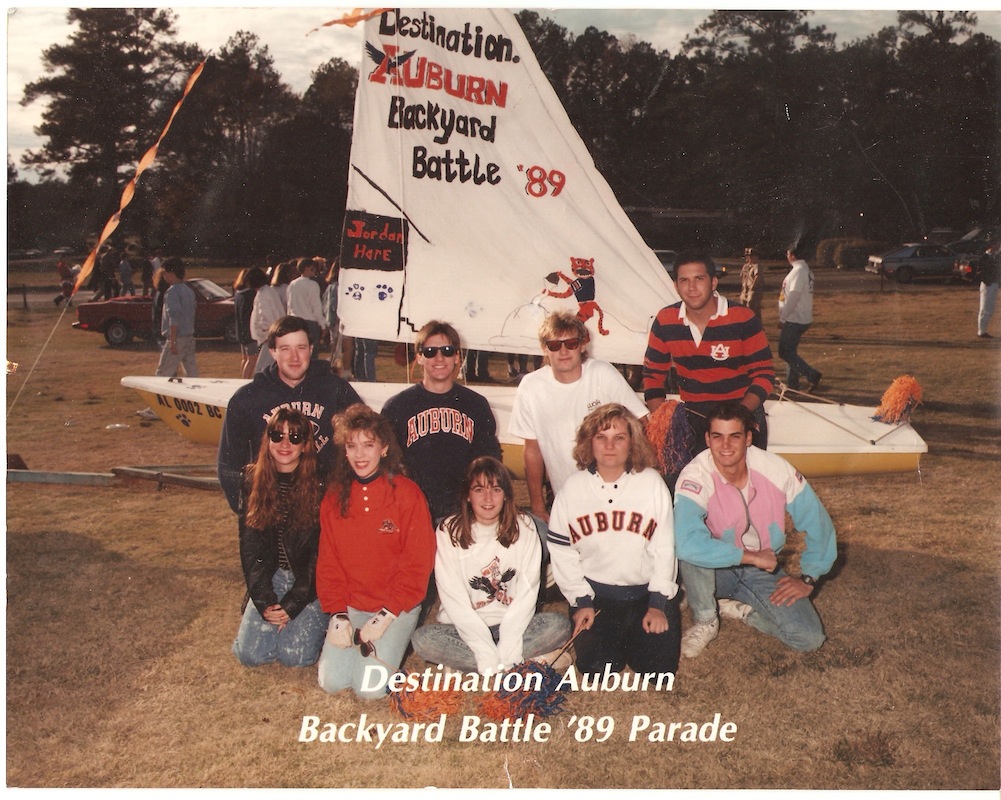