Not sure if Upper Deck printed these before or after the incident—for it to be an Exquisite Combo Signature, I’m thinking it’d have to be after—but either way, talk about a juxtaBosition. It’s probably Bosworth a lot of money. 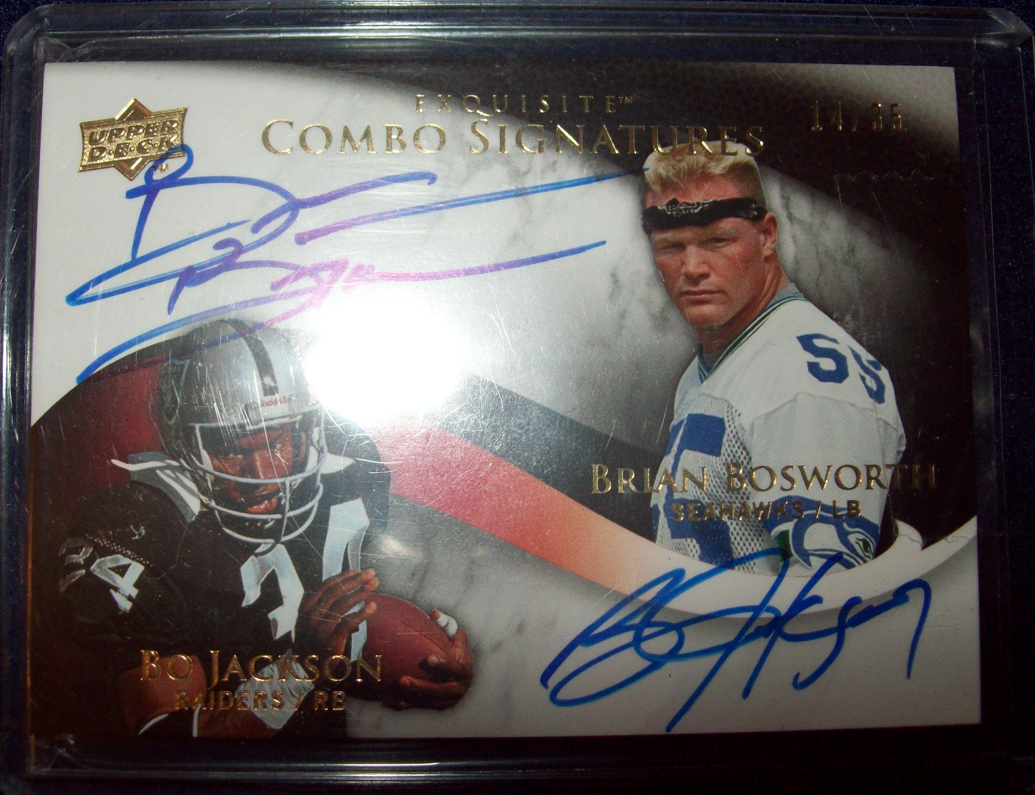