That’s right, this ain’t no Google image “inflatable movie screen” filler—this is the actual screen that will go up at Toomer’s Corner Saturday evening, the exact screen on which the first episode of this season’s Auburn Football: Every Day will premiere. Yep, it works. 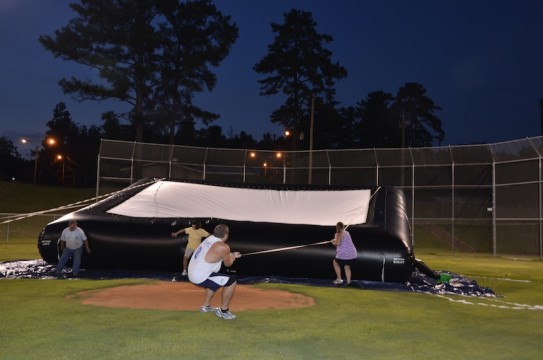 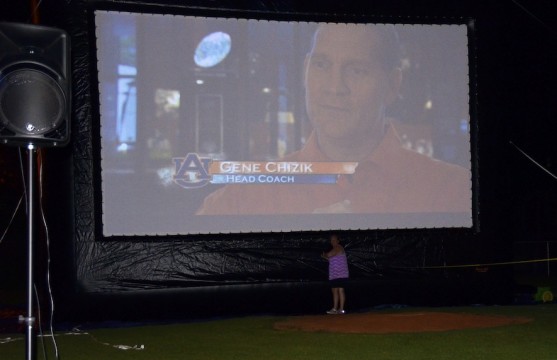 Downtown sections of Magnolia Avenue and College Street will be closed Saturday from 6 pm to 9:30 pm to allow fans to actually tailgate at Toomer’s Corner.

“This is a great opportunity for Auburn Parks and Recreation and our partners to bring the community into downtown Auburn,” says Director of Auburn Parks and Recreation, Becky Richardson. “We hope to create an event that offers our citizens the chance to experience all the exciting shops and restaurants in our downtown. In addition, we hope to provide a fun-filled evening for all.”