We point and say “yeah, I think that guy went to Auburn” when we see him in the NBC broadcast booth, but it’s easy for Auburn fans to forget (especially if you’re mostly too young for remember—sorry Mr. Gaines, the only thing that stayed with five-year-old me from ’84 is the playground echo of “Mary Lou Retton”) what a stud Rowdy Gaines was.

Once upon a time, before he was a link on Auburn’s Wikipedia page, dude was a bona fide Olympics poster boy, legend to Auburn fans and swimming fans alike. 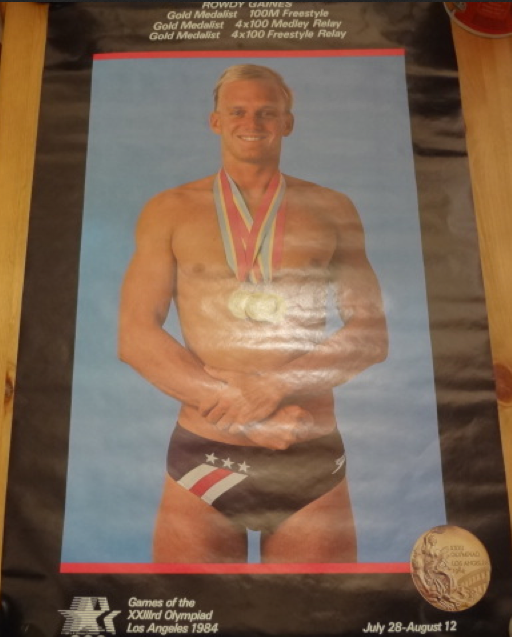 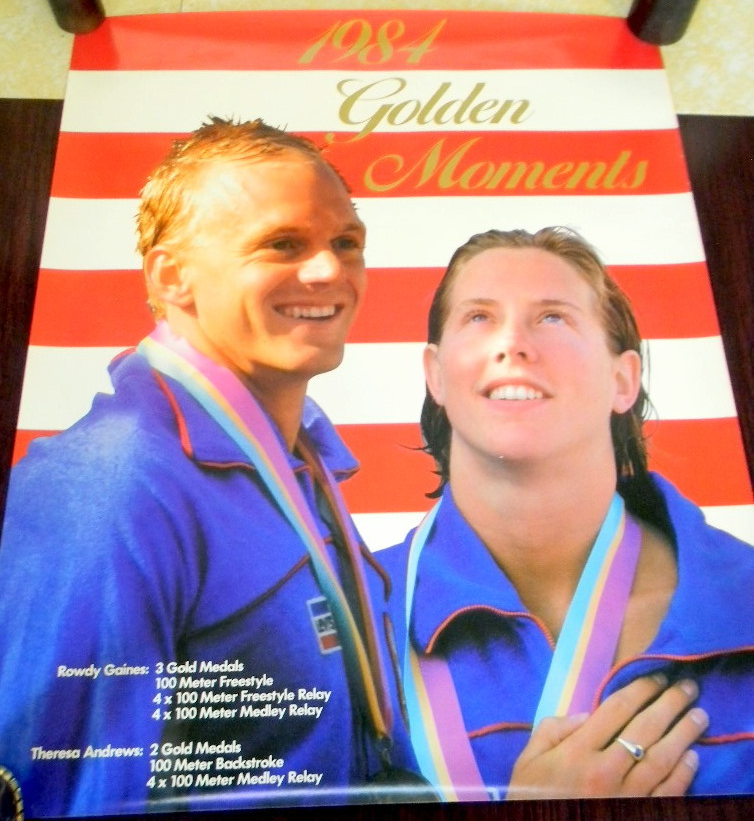 The poster appeal came not only from his accomplishments in the pool of the XXIIIrd Olympiad but the story of how he got there.

Gaines, along with some other swimmer named David Marsh, was one of Auburn’s 13 Olympic hopefuls kept from competing in the 1980 Summer Games in Moscow because Russia went all Russian and invaded Afghanistan. Gaines, a 5-time NCAA individual champion and 1980’s World Swimmer of the Year, was 21 at the time. Four years later, some considered him washed up, as it were. Gaines was bummed out. Twenty-five-year-old swimmers weren’t exactly known for their pedestal prowess.

“Swimmers peek early,” Gaines told the Glomerata in 1982. “There hasn’t been a 25-year-old swimmer in the last three or four Olympics, I think.”

After Los Angeles, you couldn’t say that. Gaines swam away with gold in the 4 x 100 Medley Relay, the 4 x 100 Freestyle Relay, and the 100M Freestyle, “the third-oldest men’s swimmer in history to win a gold medal.” Had he done that in London, we’d be taking video of folks getting’ rowdy at Toomer’s right now.

And you know we’d be all over his post-Olympics acting career. Little known (actual—still doubting “Call Me Maybe” was written about him, studly though he may still be) fact: Gaines made several soap opera appearances both before and after winning gold, most notably performing a water rescue in NBC’s “Search For Tomorrow.”

And of course there were the inevitable commercials and PSAs.

Apparently Gaines also kinda sorta had hopes of being cast as Tarzan in a Tarzan movie, as long as Bo Derek was Jane. That’s a true Auburn man, gold or no gold.

Read our 2009 interview with Rowdy about his social media presence here.