The commemoration of Auburn University’s quasquicentennial celebration in 1981 was a big deal, and the Auburn Bulletin, the Auburn Plainsman, the Opelika-Auburn News all special edition’ed the hell out of it. Pat Dye arrived just in time. 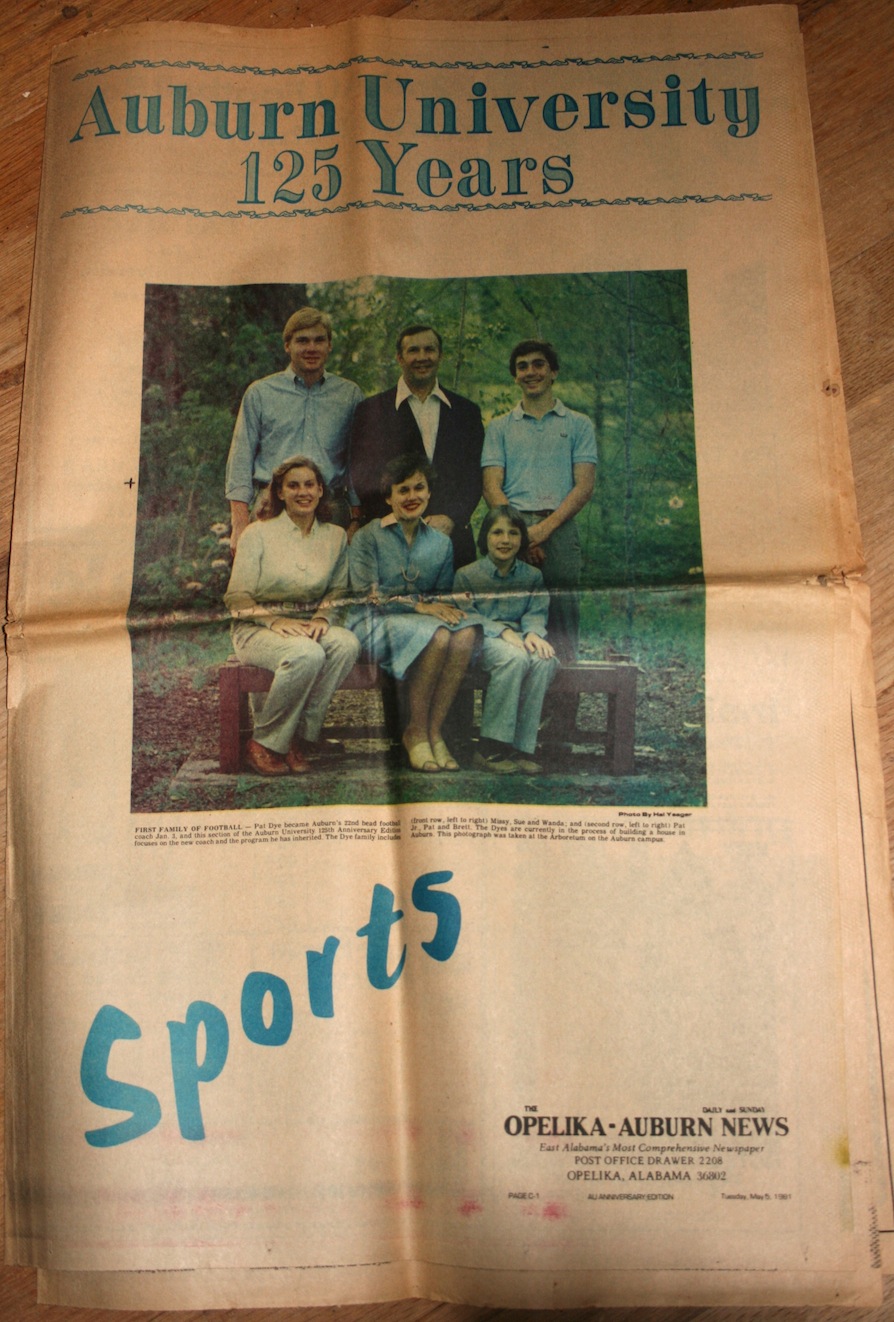 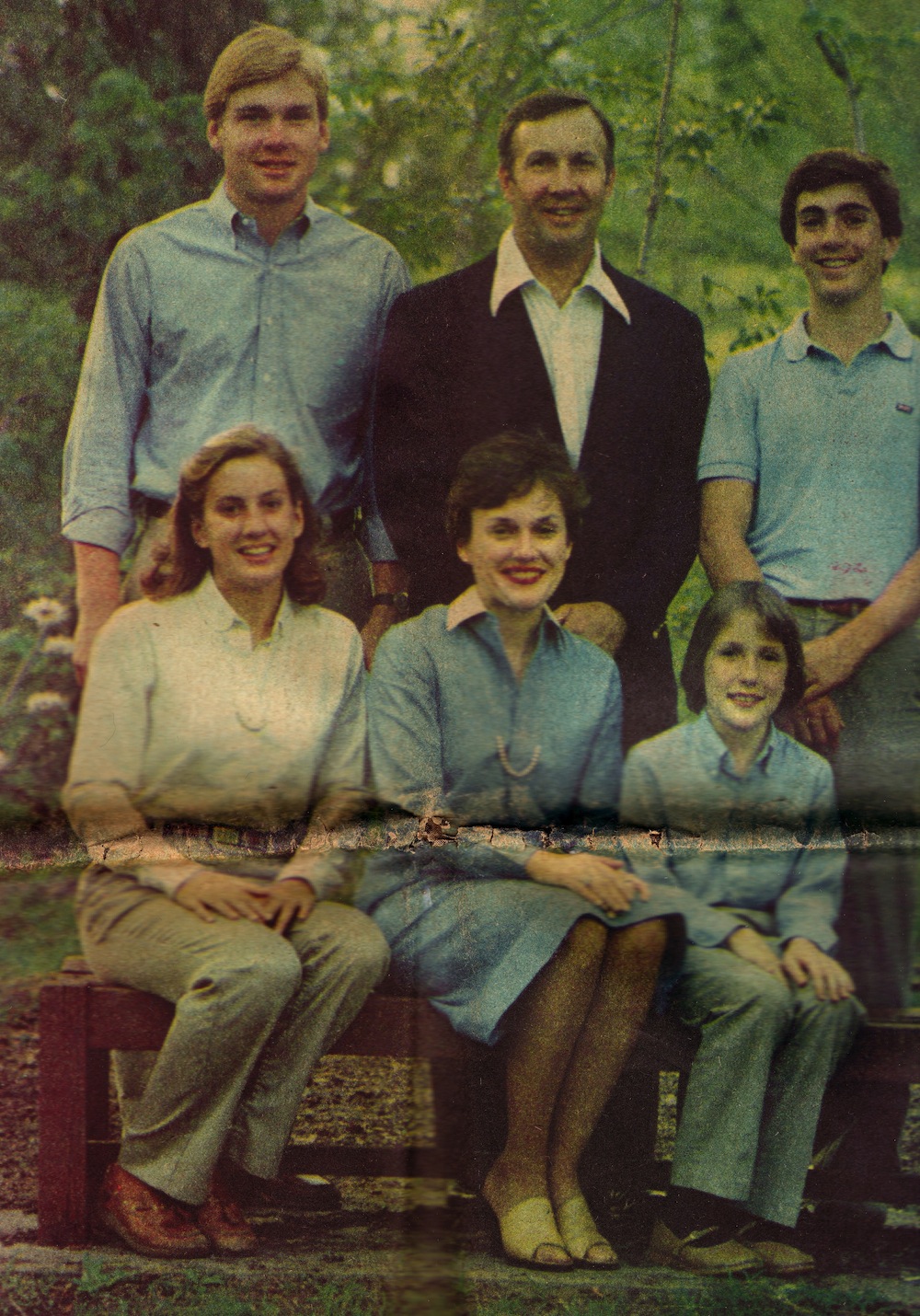 Captioned “First Family of Football” —and what a fine looking family they are —this photo of the Dyes taken at the Auburn Arboretum was the only thing on the on the cover of the sports page of the OA-News’ May 5, 1981 anniversary edition. They had had only been in town for four months. They hadn’t even finished building their house. We bet it was an awesome house.