In 1960, someone had the fantastic idea to pose ten jersey-clad Auburn coeds in pageant sashes bearing the names of each of Auburn’s football opponents for a Plainsman photo. 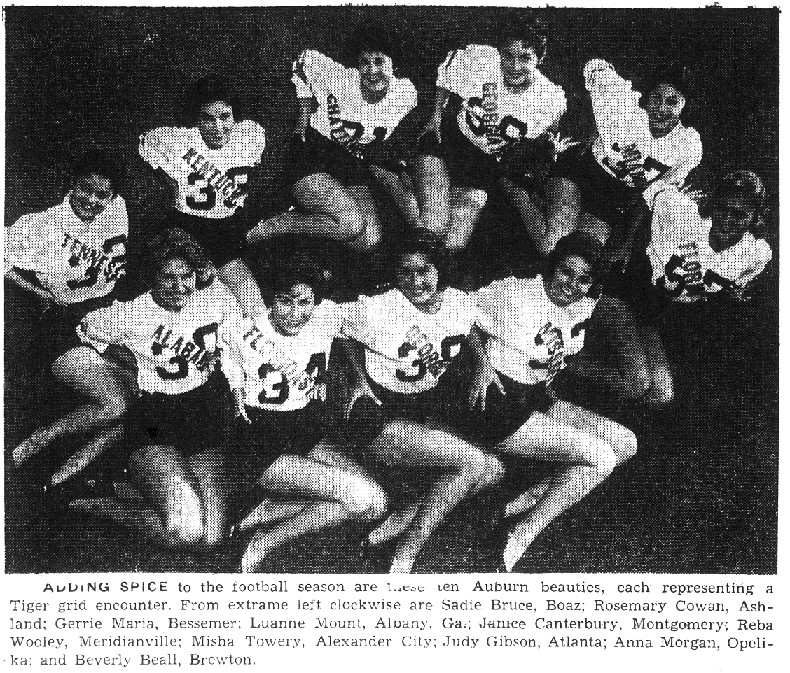 Whoever it was was obviously the world’s biggest fan of sports-related double entendres. We we wouldn’t even know where to begin. So we won’t.

Help TWER to keep on keepin’ on with a modest donation.