Whatever your politics, George Bush’s “Waaaarrr Eagle” in 2003 was undeniably badass, or at least it was in 2004 when it heralded Georgia’s swift, unconditional surrender to Auburn and its F-16’s.

I’d like to think he was taking a nod from the Great Communicator, who during a 1984 campaign speech at the University of Alabama insulted the Evil Empire right to its face.

Reagan’s address dealt with the work his administration has done to lower inflation and what he wants to do if reelected. The president also talked about some of his past encounters with the late Paul “Bear” Bryant. Reagan talked about Bama’s win last week over Penn State, and then compared his economic policies to a “rolling tide.”

Reagan also said that one team from each state is usually known for its football and right now he said, “That team is those Auburn Tigers.” The president was booed for making such a comment. [click to enlarge]. 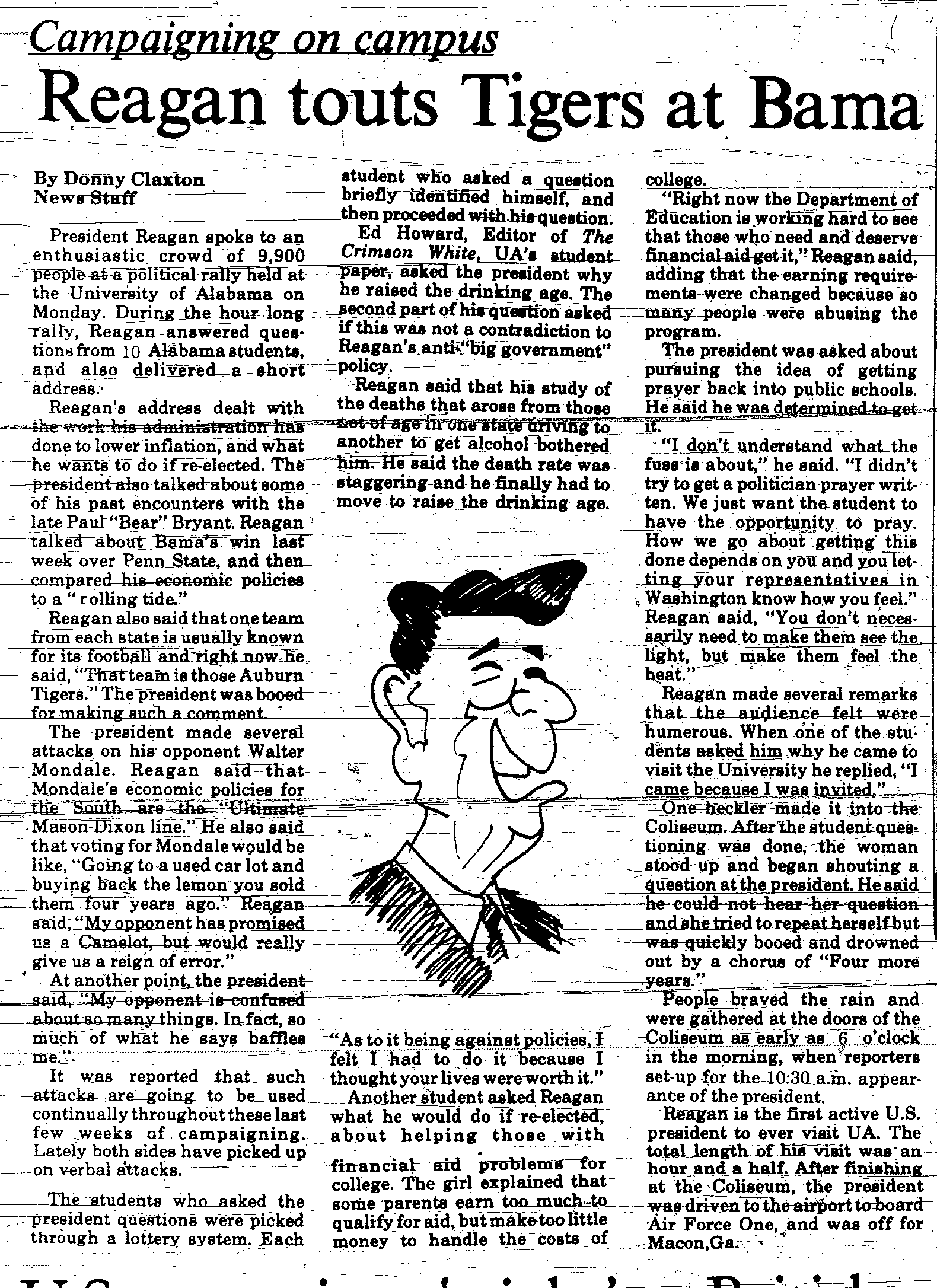 Related: Bo homers one for the Gipper / ‘The Burger That Made Auburn Famous.‘