Bama’s win in the BCS National Championship Game, combined with the midnight news that Toomer’s Corner was (slightly) rolled afterward, inspired D.C. resident and TWER reader Darren Kinnaird to seek the special, new serenity of Capitol Hill where he discovered that the sapling planted on the capitol’s southeast lawn in May, the offspring of one of the two Toomer’s Oaks, was alive and well… and growing.

And under the watchful eye of the U.S. Capitol Police. 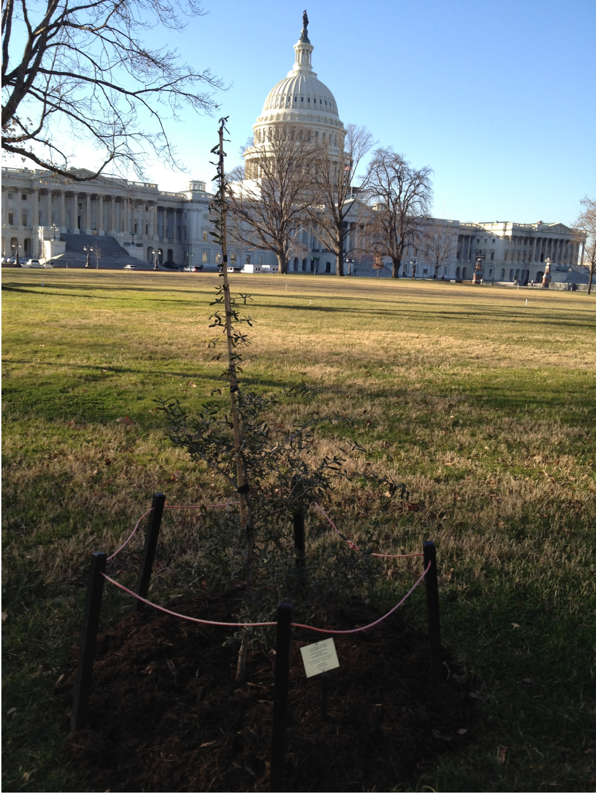 Here’s a shot of it the day after it was planted (and already rolled). 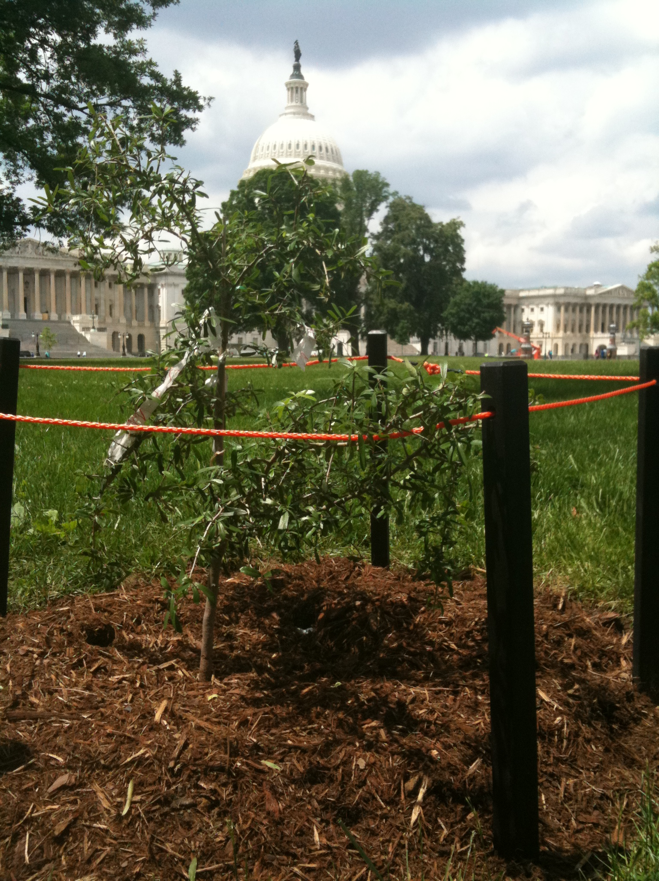