Courtney Porter, a 2009 Auburn graduate, will compete in the 2012 Miss America Pageant tomorrow night. Twenty years ago (more or less), Auburn had another another alumna hoping to hear “There she is…”—Wendy Neuendorf. 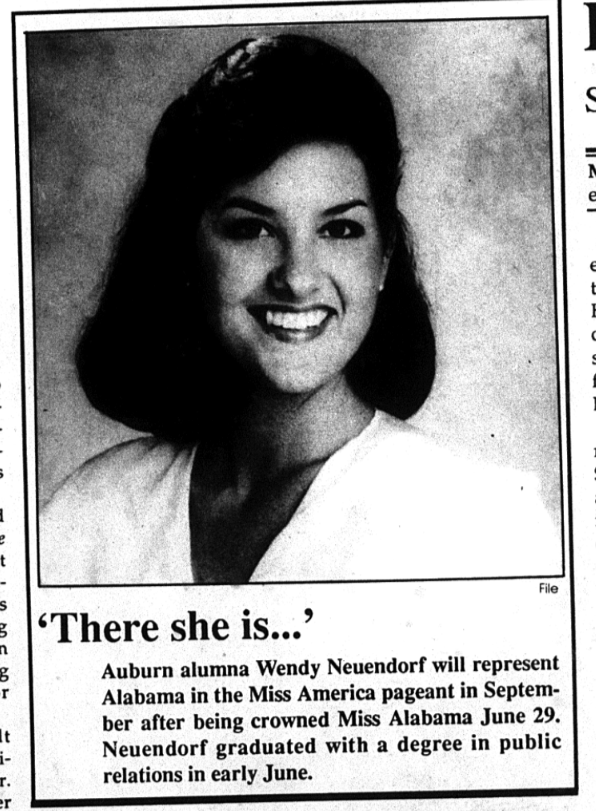 In 2006, Neuendorf  (now Wendy Neuendorf McDougal) was interviewed by the Decatur Daily for a story on the direction of the Miss American pageant, which had been steadily losing viewers for a decade. She only gave the pageant 10-15 years to live.

“I don’t think it will ever be the same,” she said. “Too many changes have happened. I won’t be sad if it dissolves because in my mind it already has. It’s not the pageant I knew and loved years ago. The pageant may be around another 10 or 15 years, but in my heart it will never be Miss America as we once knew and loved.”

That likely won’t stop her for pulling for Porter tonight. McDougal was Mistress of Ceremonies for this year’s Miss Alabama pageant, which Porter won in June.