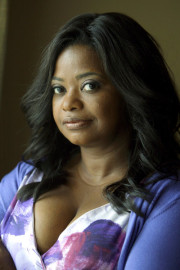 Montgomery-native and Auburn grad (’94) Octavia Spencer was nominated for an Oscar this morning for her critically acclaimed performance as a maid in Civil Rights-era Mississippi in the 2011 film “The Help.”

Our chances of landing that TWER interview grow slimmer by the day.