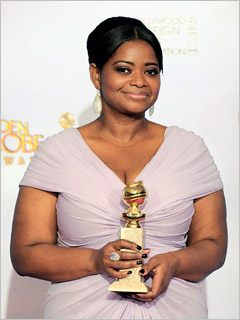 And it don’t stop for Octavia Spencer.

Essence Magazine recently named the Cam Newton of Auburn-claimed actors it’s Breakthrough Award winner for her role in the Oscar-nominated film “The Help.” She’ll be honored at Essence’s 5th Annual Black Women in Hollywood on Feb. 23. You can watch a live stream of the event on Essence.com at 11:30 a.m. to 12:30 p.m. PST.

Earlier this month, Spencer won the Golden Globe Award for Best Supporting Actress (watch her acceptance speech here) and was this week nominated for an Academy Award in the same category.