You send out a link to an old post that’s once again relevant and that maybe not a lot of folks saw the first time you posted it, and then Dan Wetzel retweets it and you flush with the thrill of an unexpected traffic surge (totally addictive) and they you’re like, ‘wait a minute, we’ve got tons more currently-relevant materiel related to Bo Jackson’s Heisman Trophy than just the promotional materials that helped Bo land the trophy, stuff we never did anything with,’ stuff like the press release that announced him as the winner. 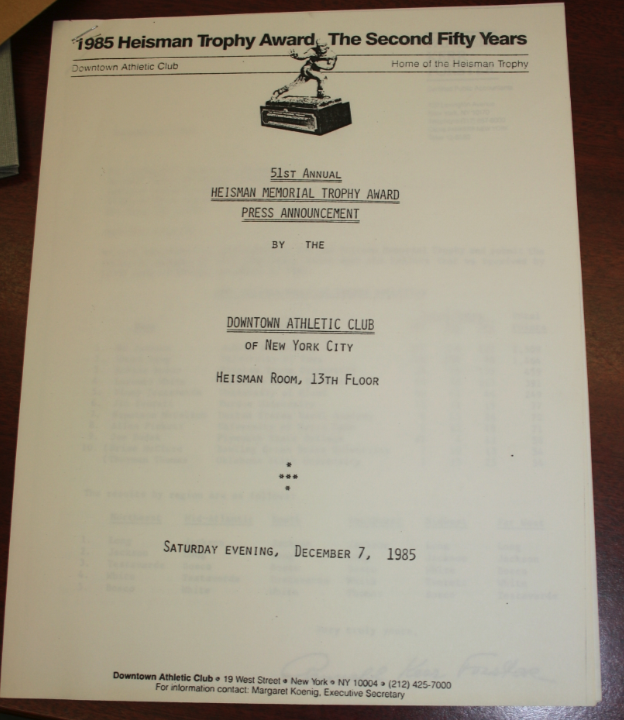 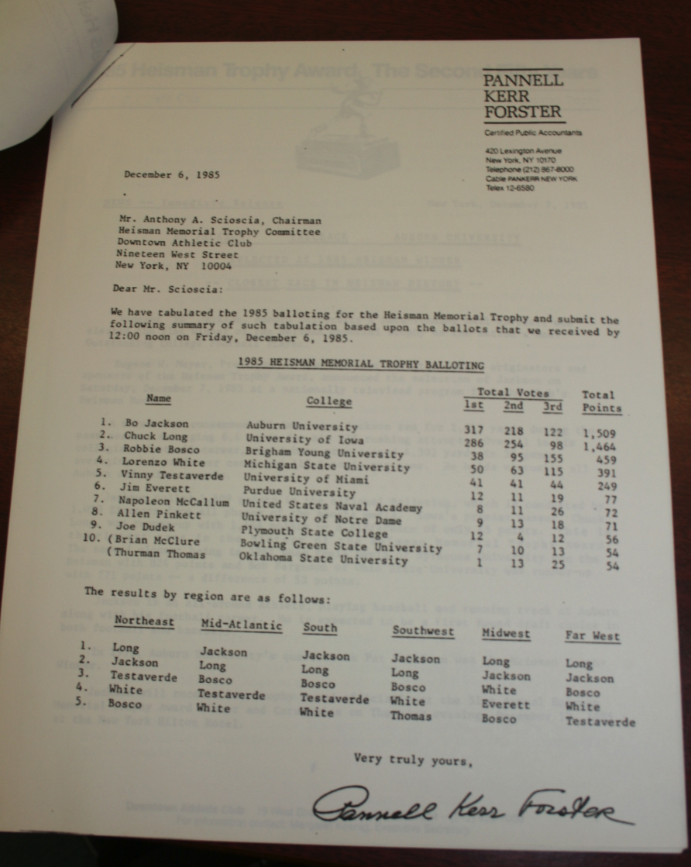 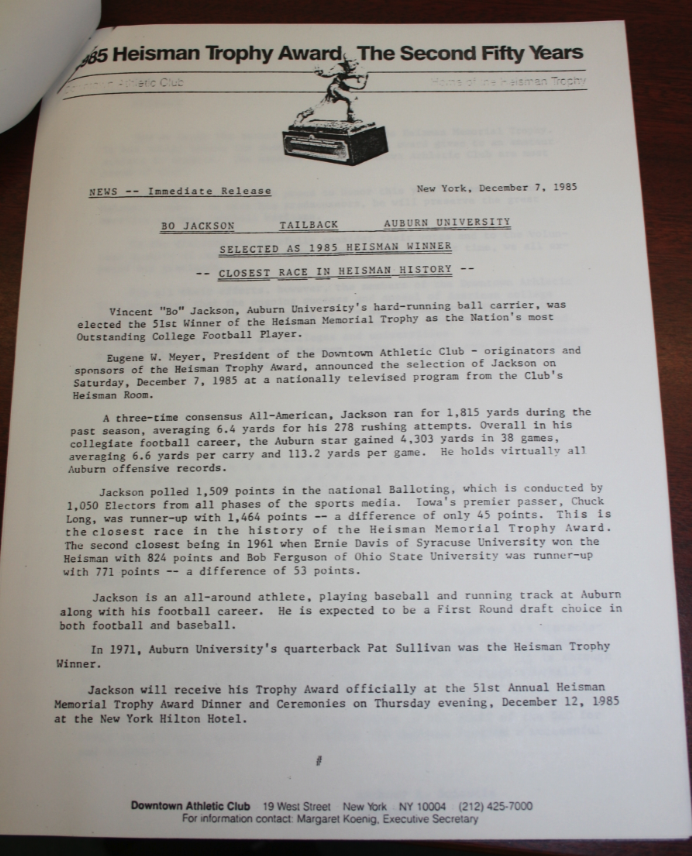 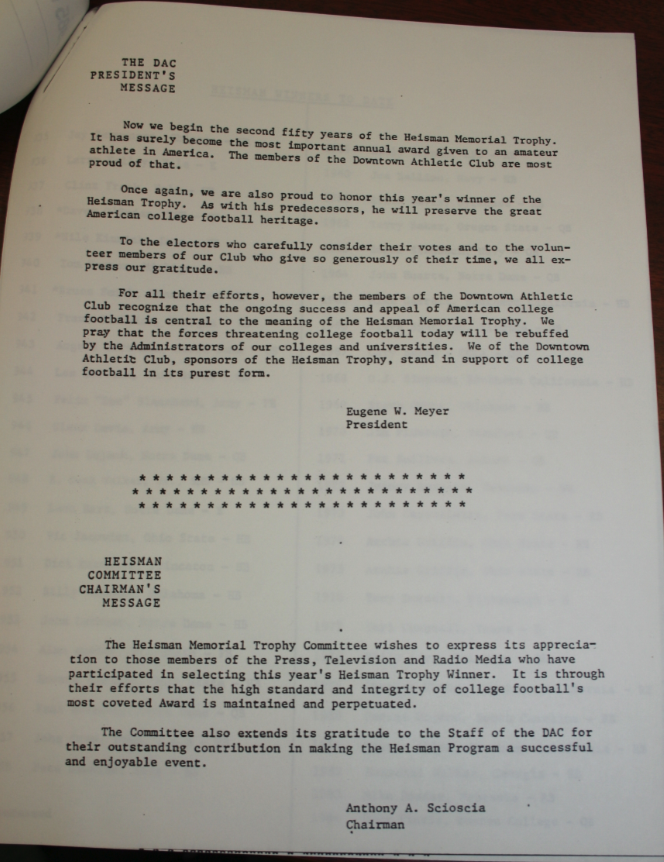