David Painter went over the top.

“I look back and say, ‘I must have been crazy.’ I guess for whatever odd reason, some people collect salt and pepper shakers. I just happened to collect Bo Jackson.”

Over the course of nearly 30 years, Painter has turned the 1,200-square-foot basement of his Greenville, South Carolina home into a veritable Bo museum, piece by fantastic piece.  The collection has been featured in various newspapers. It’s been featured in Sports Collectors’ Digest. When Auburn’s athletic museum needed pieces for a display to commemorate Bo’s induction into the College Football Hall of Fame in 1998, they called Painter. 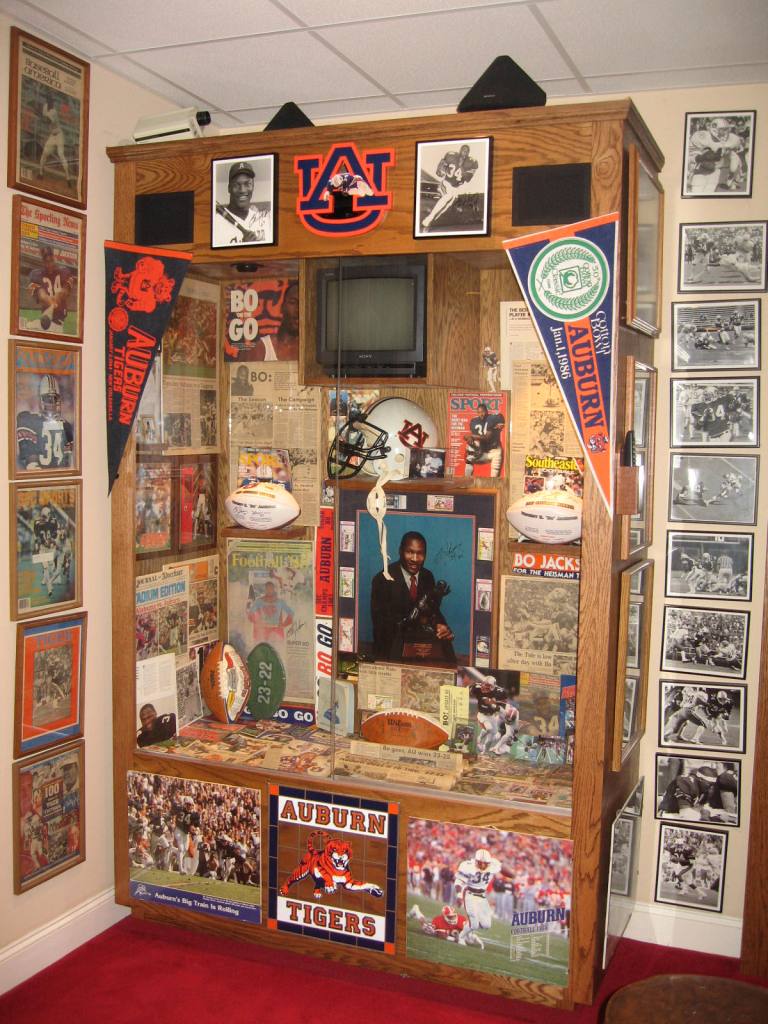 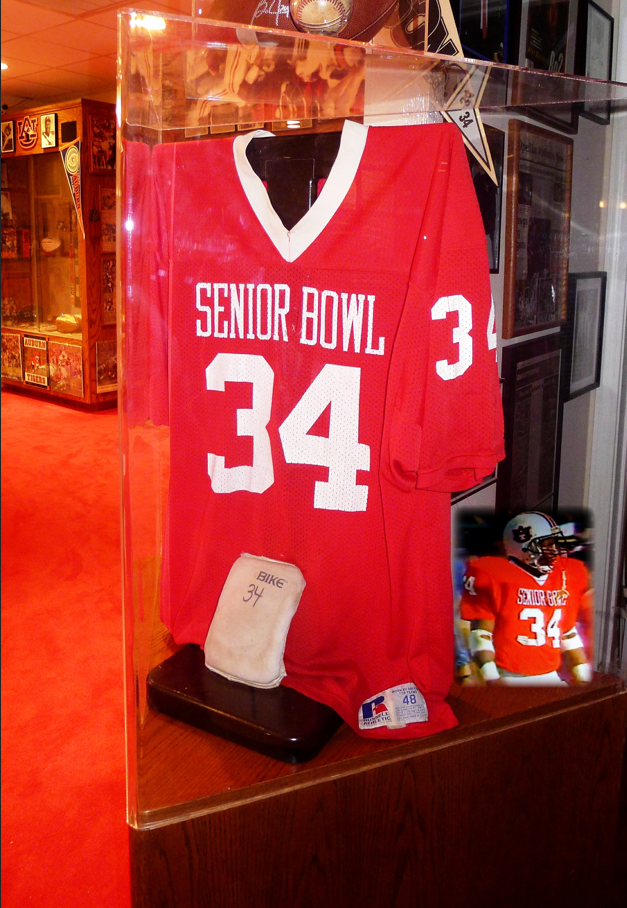 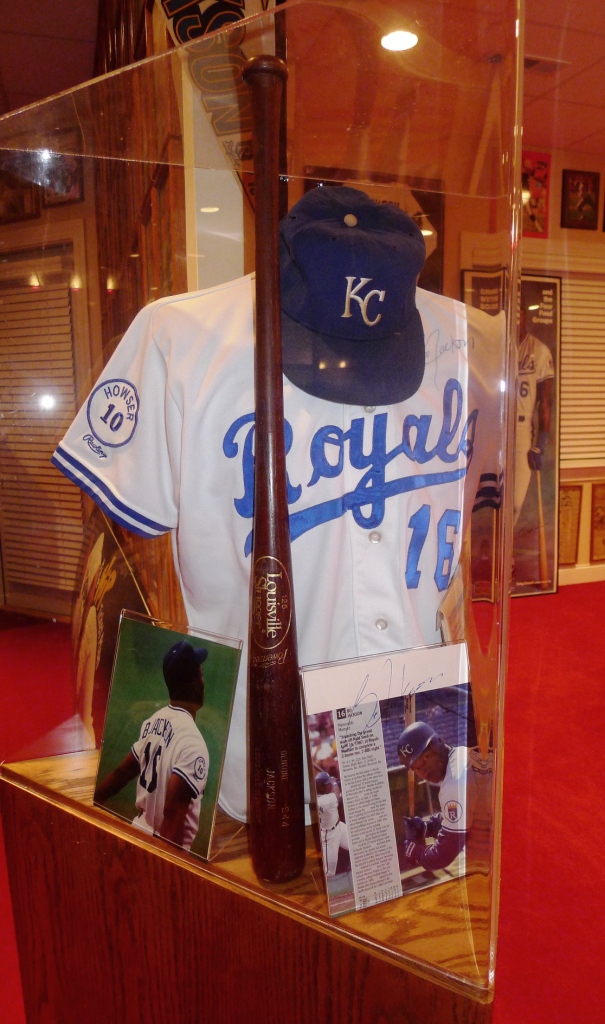 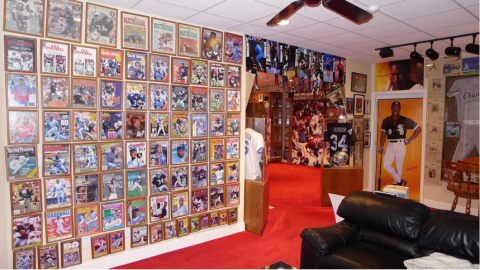 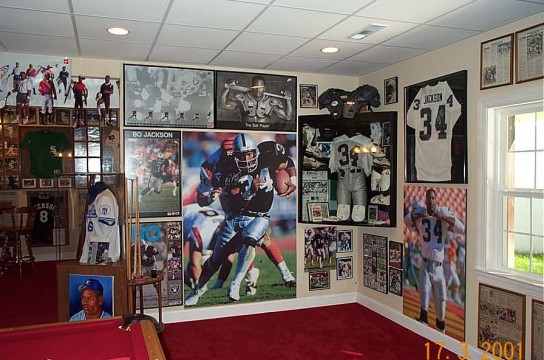 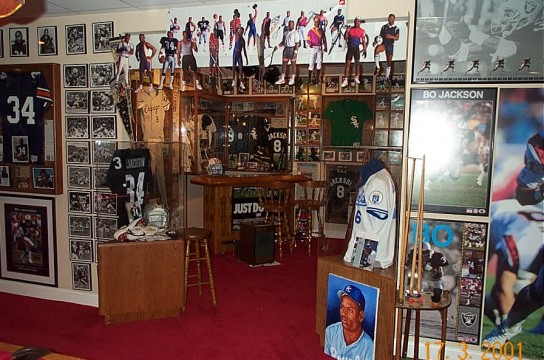 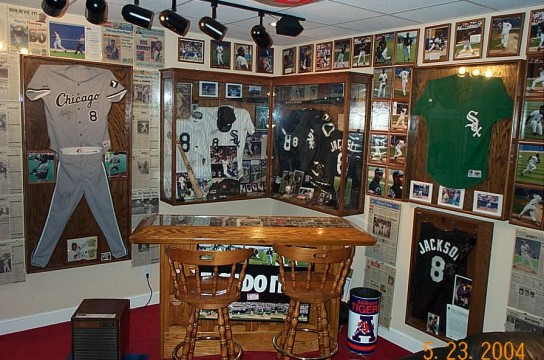 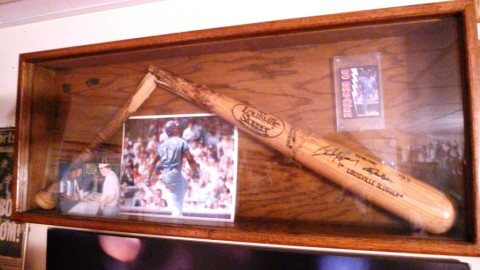 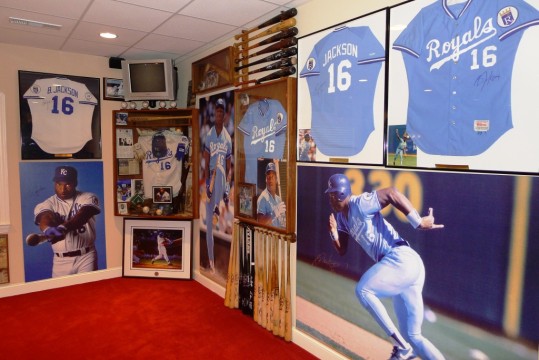 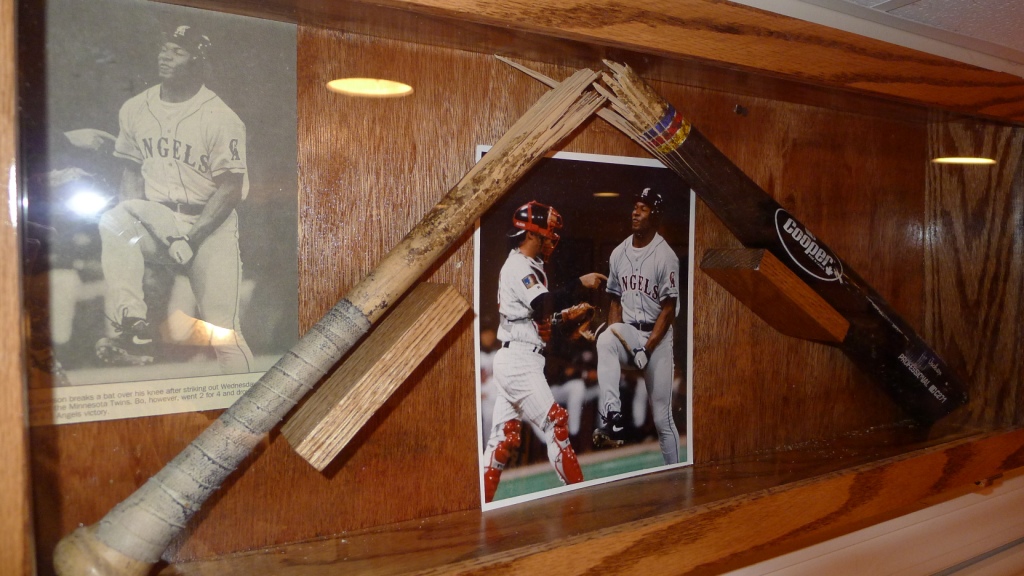 He doesn’t know how many items he has. Hundreds? Thousands? (He also doesn’t know how much he’s spent on them, and he doesn’t really want to know.) It’s enough to tile his walls floor to ceiling with framed posters, game programs, Beckett’s guides, media guides, and Sports Illustrateds with Bo on the cover, and rare photos from almost every phase of Bo’s athletic career. Glass cases hold Bo’s football helmet from his junior year at Auburn and one of the bats he struck out with and broke over his thigh while batting for the Royals; those are worth the most, at least to Painter. But the wildest thing in there, at least visually, is the life-sized print of the photo of Bo going Over The Top, the iconic play that broke Bear Bryant’s stranglehold on the Auburn-Alabama rivalry. And somehow, even that thing is autographed.

“It was signed at Soxfest in ’93,” Painter says. “There is a company out of Charlotte, North Carolina that makes life-size murals. This one is done in three panels on a heavy, vinyl-type material. I rolled the one panel up in a poster tube and took it with me. When I returned home, the company came to my house and put it together on backer board. It was a long, expensive project.”

But long and expensive kind of defined Painter’s level of collecting in the days before eBay. Most of Painter’s pieces were acquired via fan expo road trips and classified ads and back booth rendezvous at the Opelika Road Chili’s in the 1980s and 1990s, before the internet made it all so easy, so dull.

“I was always looking for something of value to add to my collection. Heck, the hunt was half the fun.”

Only an analog era level of commitment could justify flying an intermediary to Los Angeles to broker a deal with the Raiders’ former head trainer for Bo’s practice jersey, game-used pants, pads…even used (and of course autographed) ankle tape. That’s actually how I found out about David. He put the ankle tape up for auction on eBay. I saw it. He’s slowly trying to unload some of the later stuff. He sent me some pictures.

“I’m holding on to pretty much all of my Auburn stuff, it’s those items I cherish the most. I’d actually like to have one area of my basement for another project so it’s time to make room and let some other folks enjoy some of the collectables.”

“I guess as we get older our priorities do eventually change.”

David Painter can be contacted at [email protected]