What Thailand and the Montgomery T.J. Maxx got wrong, one muscular Auburn fan in New Zealand (or possibly Australia) managed to get right.

He’s a client of / model for New Zealander Shane Gallagher Coley, a Melbourne-based tattoo artist specializing in Maori, Ta Moko, Kirituhi, Polynesian and Japanese body art. And he’s wearing what looks to be an Auburn 2010 SEC Championship shirt—and it looks like it’s, like, correct and officially licensed and everything. 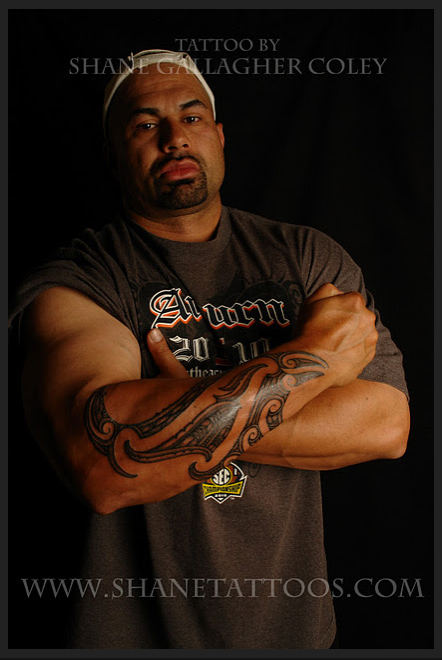 Of course, if there was ever an Auburn fan in the market for an Auburn Flying Suplex shirt, it’s this dude.

Related: Girl with the best Auburn tattoo ever / Heart of Auburn, Ink.