Sure, Auburn gets ribbed for its rich heritage of aggin’ and vettin’, but next time someone dusts off a “cow college” joke, just remind them— if it weren’t for Auburn, Poacher would likely be dead, gored into doggy heaven, and A&E’s hogsploitation homage to Russ Meyers might be cancelled. 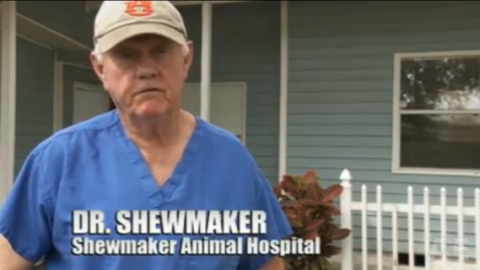 “When he came in here, his intestines were layin’ out on on the pick up truck,” Dr. Lee Shewmaker told us this morning. Shewmaker was on his cell phone, driving down a stretch of highway near his vet practice in LaBelle, Florida that was recently staked with a “hog crossing” sign. He’s speaking of Poacher, the beloved hound whose hog-caused hospitalization took up the last half of the most recent episode of the A&E’s Florida-based reality series Lady Hoggers. Shewmaker, a 1969 Auburn Vet School graduate, sewed him up. When he discharged him to his owner, gentleman hogger Gary Stamper, he was wearing his Auburn hat.

“It took us 30 minutes to wash all the dirt out,” Shewmaker says. “I didn’t think he was going to make it, but he was up eating the next morning.” 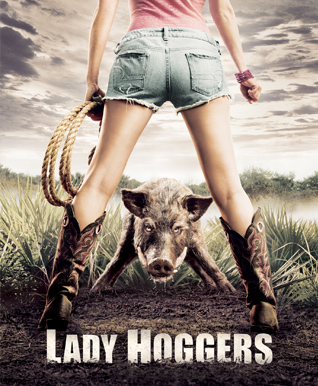 A lot of dogs wouldn’t have made it.

“I see a lot of dogs cut and killed (by hogs) down here,” says Shewmaker, who started his own clinic in LaBelle in 1971. “There’s an area about 40 or 50 miles south of here where the dogs go into the woods and they don’t come out.”

“I’ve had Poacher for a lot of years,” Gary told the camera after dropping Poacher off with Shewmaker. “He’s like a good buddy. I don’t know what I’d do without him.”