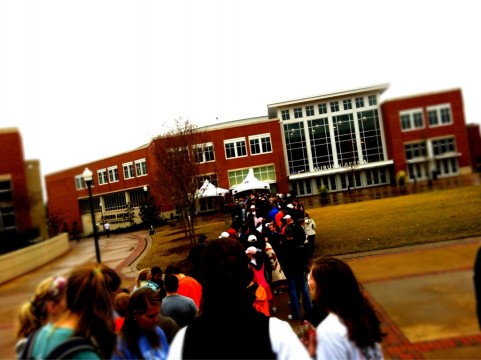 Buy Mor Tikkets? Sure thing, say the hundreds (thousands? billions?) of Auburn students who braved long lines and a Tuesday morning drizzle to purchase tickets to the Chick-fil-A Bowl.

But maybe it wasn’t so bad—Auburn coaches Curtis Luper and Mike Pelton were apparently passing out donuts. 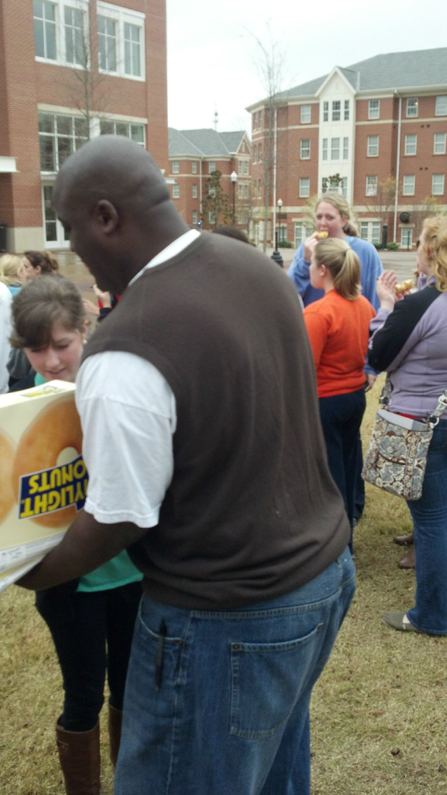 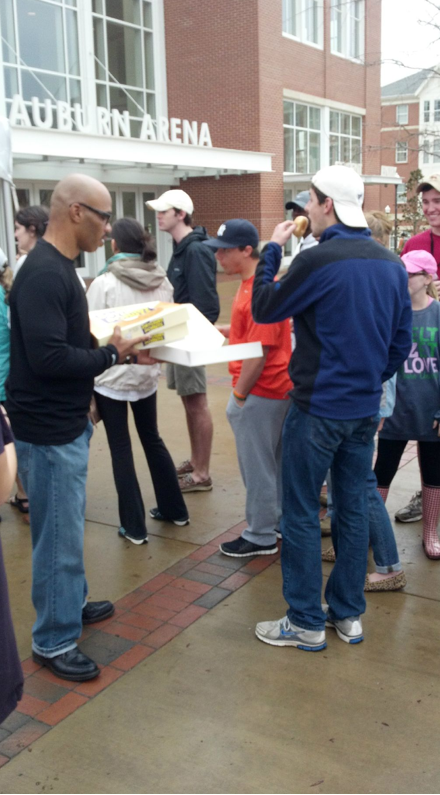