Unless ninety percent of Nevada’s fan base are web addicted insomniacs who have CapitalOneBowl.com as their homepage, the Final Four of the Capital One Mascot Challenge has apparently come down to which school’s media machine can convince more people to download automatic SMS Texting apps and leave their phone on all night (learned it from watching you, Georgia Tech)…

As an autonomous cell of the Auburn media machine, we present from the TWERchives one of the first Aubie posters ever printed—possibly THE first (back in the ol’ boys more hulking, cro-magnon period)—as a reminder of where our beloved mascot has been, and where we can take him (manually or automatically) for the first time ever. 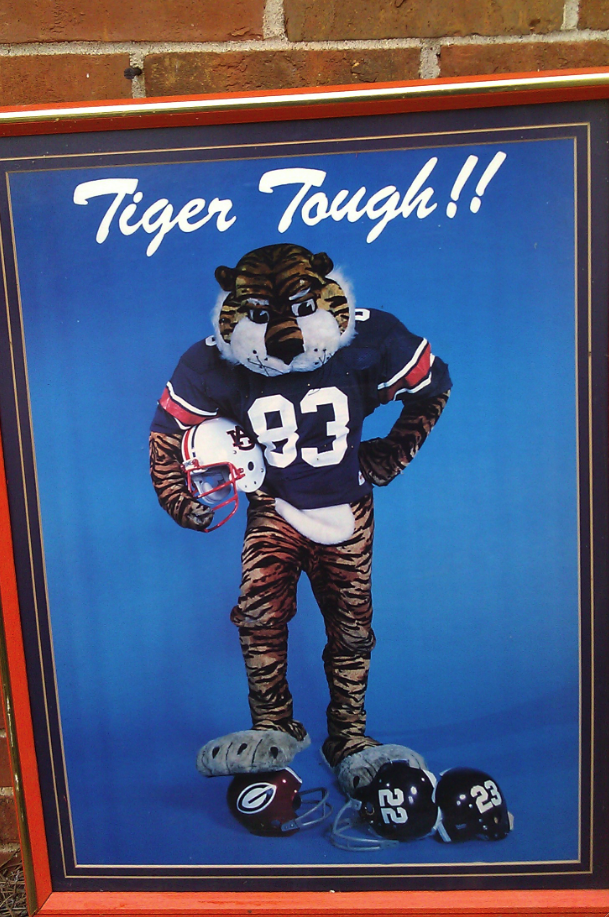 If Aubie beats Nevada’s Wolfie Junior, he’ll more than likely square off against Georgia Tech’s Buzz again. Beat Buzz, and Auburn’s mascot program gets $20,000. And a lot of press.