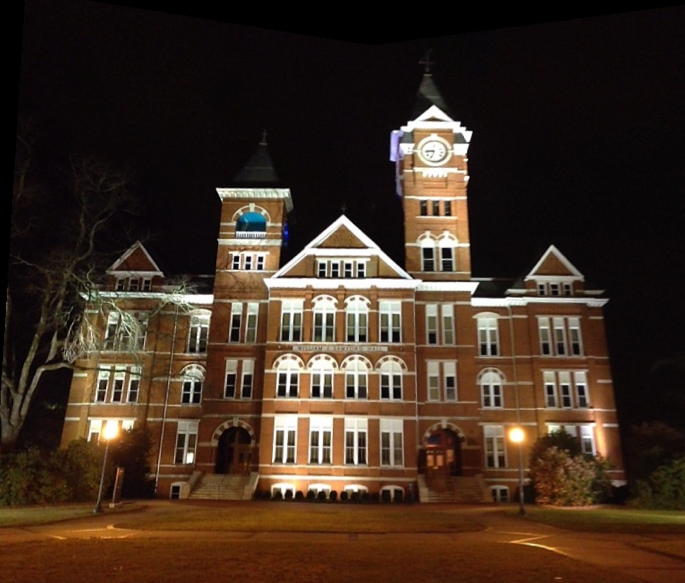 Monday night, it joined the ranks of the Taj Mahal, the Tokyo Tower, the Great Wall of China, and Denny Chimes as it shined blue in recognition of World Diabetes Day. Across the globe, more than 500 monuments were lit blue to bring awareness to diabetes, Samford being one of them. From dusk until midnight, the two towers shined a radiant blue glow leaving many wondering why.

Blue is the awareness color for diabetes – a disease that affects more than 300 million Americans. Diabetes affects the body’s pancreas which produces a hormone called insulin that helps the body regulate its blood sugar level. Without insulin, a person will die. There are two common forms of diabetes, type 1 and type 2. Type 2 diabetes is often an insulin resistance issue and can usually be managed through oral medication, diet and exercise. Type 1 diabetes is an autoimmune disease affecting nearly 3 million Americans – two of them famous Auburn alumni.

Kendall Simmons, a former Auburn football player and Pittsburgh Steeler, was diagnosed with type 1 diabetes after his rookie season in the NFL. He was determined to keep his blood sugars under control so he could continue to play professional football, and that’s exactly what he did. While managing his diabetes through insulin injections, diet and blood sugar checks, he managed to help the Steelers bring home a Super Bowl title. 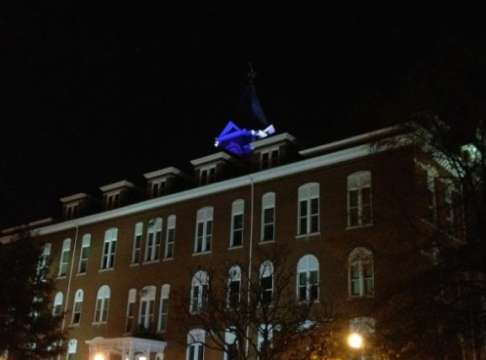 Joe Eldridge, another Auburn graduate, has made waves in the cycling community as the co-founder of Team Type 1, a competitive racing team. Eldridge was diagnosed with type 1 diabetes at the age of 10 and continued in athletics throughout his childhood. He later found cycling and it quickly turned into a professional career. In 2001, Team Type 1 won Race Across America, finishing three hours before the next team crossed the finish line.

World Diabetes Day is celebrated each year on Nov. 14 – the birthday of Dr. Frederick Banting who discovered insulin in the early 1920s. Until his discovery, type 1 diabetes was a fatal diagnosis.

To see what other monuments were lit blue Monday, visit http://www.idf.org/worlddiabetesday/activities/monument-challenge

To learn more about diabetes, visit jdrf.org or diabetes.org.