The Auburn Spirit is the spirit of the underdog.

So the success of Dale’s Pale Ale (the New York Times called it the Top American Pale Ale) comes as little surprise:The recipe was perfected in the bathtub of a trailer off Wire Road.

“I got a homebrew kit for Christmas and started making small batches of it while I was in college,” says 1992 Auburn graduate (and former off-Wire Road trailer renter) Dale Katechis, founder and owner of Oskar Blues, a Colorado brewery for which Dale’s Pale Ale serves as flagship. “I just remained an avid home brewer during my five years at Auburn.”

During that five years, Katechis bartended at Darnell’s, “that hippie bar across from Toomer’s Corner.” After graduating from Auburn with a degree in finance, he moved to Colorado.

“I had no desire to work in the banking business so I started working for a back pack manufacturer and bar tending at night and did that for about five years and eventually opened my own restaurant,” he says. “I started making the beer (Dale’s Pale Ale) there at the pub and that beer was the beer that I was brewing at Auburn. That was our (Oskar Blues’) first beer.” 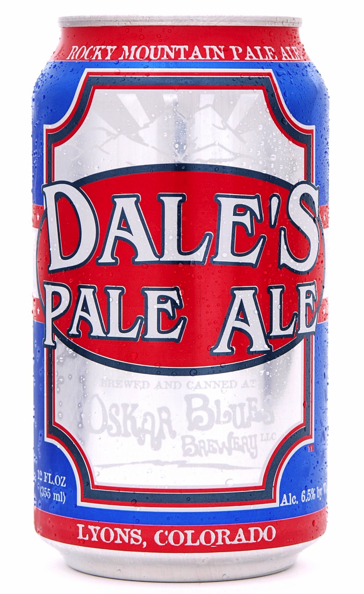 And according to Katechis, its recipe remains virtually untouched since the days he was bathing regularly in Auburn. It’s also one of the best-selling craft beers in the country, which might have something do to with Dale’s revolutionary idea in 2002 of putting his tub ale in a can.

“It was too far-fetched for anyone to really believe, even in our industry, that someone would put a full-flavored, hoppy beer in a can,” Katechis told AdAge.com last November. “Some people laughed it off.”

Then they started ripping it off; according to the Brewers Associations, now more than 100 craft brewers offer their beers in cans.

“We’re the scrappy little guy that took a lot of risk,” he told AdAge. “We kind of did it while we were flipping everybody else off.”

Katechis has a history of going against the odds. There was no home brewing scene during Dale’s days in Auburn, no brew clubs lobbying to legalize the hobby.

“I was the only homebrewer that I knew of in Auburn at that time,” he says. “There weren’t any clubs to speak of, or if there were I didn’t know about them. That was back in the day when there were any homebrews available. We used to have to drive to Green’s Liquor Store in Atlanta to buy Pete’s Wicked Ale. You couldn’t even buy that in Auburn.”

Auburn alumni in and around Boulder, Colo., just 15 minutes from Lyons, can usually find it flowing at alumni club meetings.

“We sponsor some of those (alumni) events, you know, at the local bars where the beer is served,” Katechis says. “We’re trying to keep some of the Auburn Spirit alive.”