That’s what Ed Marinaro, a running back for mighty Cornell (and future “Hill Street Blues” star), said during a nationally-televised ABC Sports special that aired just days after Pat Sullivan won the 1971 Heisman Trophy. Marinaro was runner-up. Auburn students felt sorry for him.

They gave him something to make him feel better. 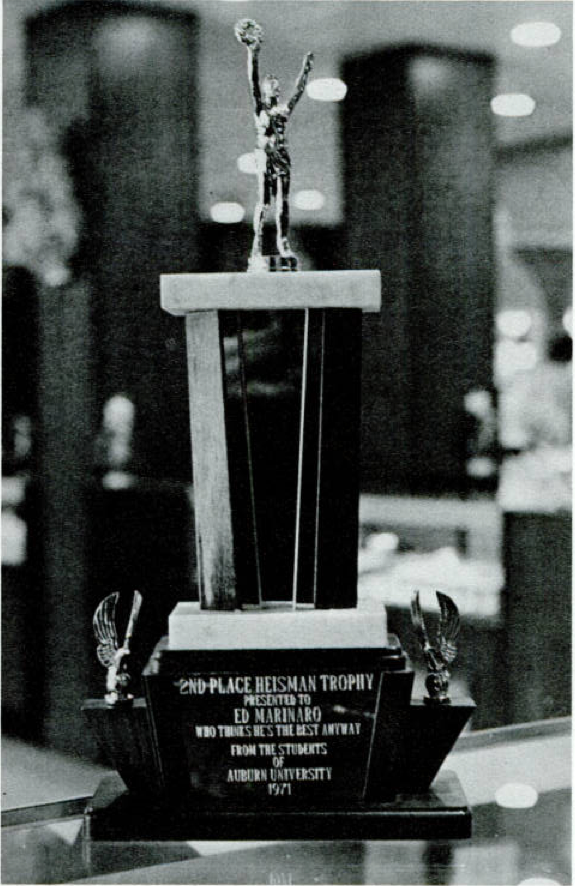 The trophy was displayed at J&M Bookstore for several weeks, and a photo of it was used to introduce the “Honors” section of that year’s Glomerata.

Photo from the 1972 Glomerata.