Bob McBride, the director of youth summer camp Camp Mac in Munford, Ala. since 1957, turned 82 today.

He couldn’t go to the Iron Bowl last year. He was recovering from cancer. He’ll be at the game tomorrow, though.

If Auburn upsets Alabama, he might write a poem — there’s precedent — or he might cause an international incident.

In 1948, Bama brutalized Auburn, 55-0. It was the time first time the two teams had met in 40 years. In 1949, Auburn and Travelin’ Travis Tidwell got revenge, stunning the Tide, 14-13. It was a big deal. MacBride, a Pi Kappa Alpha and a sophomore in electrical engineering at Auburn at the time, was there to see it. After celebrating in Birmingham, he got on the road back to Auburn.

“We were back at the Pi Kappa Alpha fraternity house that night and we had some brothers that felt [Auburn’s win] was such tremendous news that everybody in the world ought to know about it,” McBride says.

He started with a call to Princess Elizabeth, obviously.

“They thought she should be informed,” McBride says. “Back then, you had to go through operators and everything.”

Somehow — there might have been some liquor involved, who can say — the Pikes convinced the international operator that the call was a life-and-death matter of international importance.

“I’m not sure when we got through to someone at Buckingham Palace, but we asked to speak to Queen Elizabeth” — she was actually still Princess Elizabeth at the time — “and they said ‘she is still asleep and cannot be disturbed,'” McBride says. “We said ‘well, tell her that Auburn beat Alabama 14-13, War Eagle!’ I’m not sure if she ever got the message.” 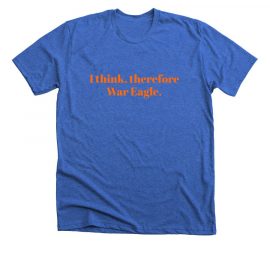 “I’m not back to full strength,” he says, “but I’m doing much better, and hoping for another upset. Which it will be.

“You never know until the game is played.”