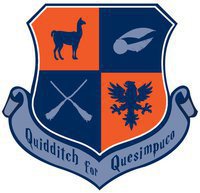 Is your Remembrall glowing red and you can’t remember why? Let us remind you that the Auburn chapter of Engineers Without Bordersis holding its second Quidditch tournament October 30.

While we can certainly tell you that it is for a good cause (to fund engineering projects for the group’s efforts in Quesimpuco, Bolivia), what you really need to know is that adults are going to be running around a field…whilst straddling brooms…chasing a begoldened person clutching a bag of ping pong balls. And you can be one of them. Awesome.

You can enter as a team, or if you don’t have six other Hufflepuffs to join you, you can participate as an individual and be placed on a team. You can apply on the Quidditch for Quesimpuco Facebook event page. Just remember to keep it clean – no blatching, cobbing or quaffle-pocking. Just a nice friendly game of Quidditch on the plains – War Eaglus!