Nissan is a proud partner of the Heisman Trophy and we’ve been a fan of at least this version of their Heisman ad campaign since we saw it juxtaposed with a picture of an exciting new Auburn quarterback named Cam Newton (can’t wait for the Cam version) in a September 2010 issue of Sports Illustrated. (It helped Jeremy out of a jam.) 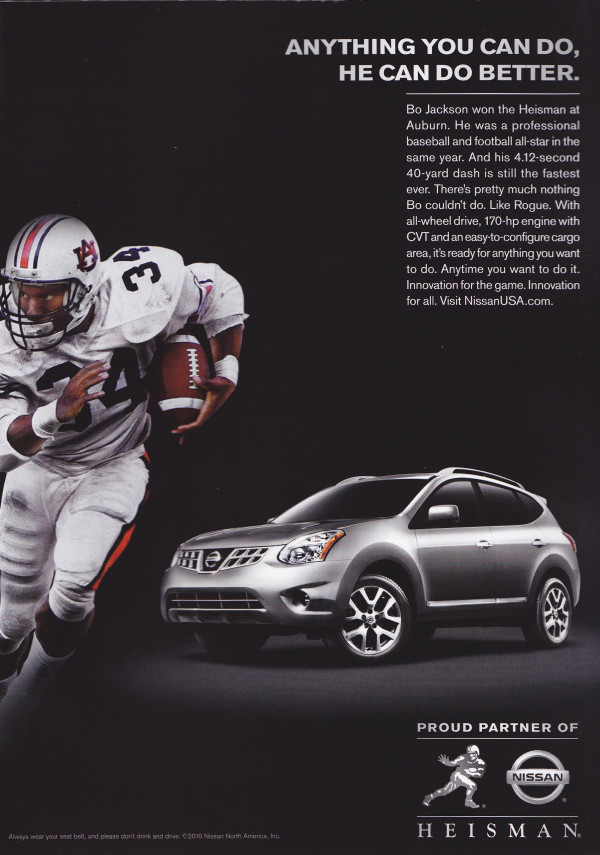 But it’s nice seeing it again—and so large. And to be reminded of the eternal truth in what Ben might call the idea of Bo Jackson. Anything you can do he can do better.