Haley Ann has a 4.0 GPA. For an Apparel Production Design major at Auburn, that’s nothing to sneeze at.

“It’s a lot harder than people think it is,” she told an interviewer for Auburn student media project The Loveliest Village back in March. “We’re not just girls that like to wear pretty clothes.”

But no matter how well Haley Ann does in school, her college claim to fame won’t have anything to do with how well she made or designed clothes but how well she took them off. Or at least her tank top. Or at least most of it. At Chewacla State Park. In the dark. It was fun.

“We shot my pictorial at a cabin in Chewacla,” she says. “It was during a huge power outage we had in Auburn that night so that made it feel even more adventurous!”

The junior from Chicago is one of five Auburn coeds featured in Playboy’s latest “Girls of the SEC” issue. She’s the first girl from Auburn—the first girl from any school—pictured in the pictorial. All of the other are on pages like 103, 102, 100. Haley’s on page 96.

She knew landing the intro was a possibility, but she didn’t know she had until receiving a copy of the November issue in the mail a few weeks ago.

“They did mention that my shot was being considered for the opening page of the pictorial and that only made me even more excited to be a part.” 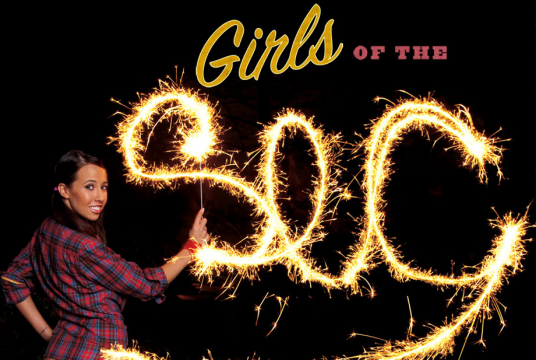 The avid Auburn football fan (she’s been to every home game since she started school) heard about Playboy’s April casting call in Auburn from a friend who thought she might be interested.

“It was something I had always thought would be a great experience and something I would like to do,” she says. “All my friends know about me being in Playboy and they are all supportive and excited for me.”

Even her dad is cool with it.

“He was a little hesitant to the idea at first,” Haley Ann says, “but he is being very supportive of me, along with my other family members.”

“Anyone that might be cold about my decisions probably aren’t people I’d like to be friends with anyways.”