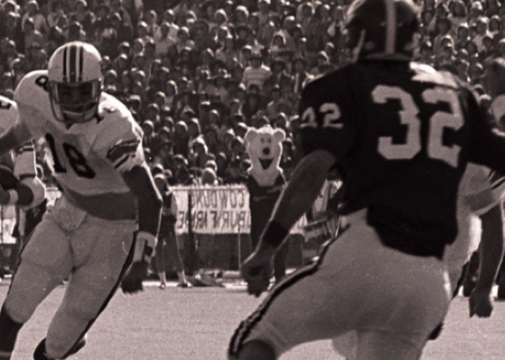 For nearly a year now we’ve marveled at the University of Alabama White Bear… and not just us. Judging by emails we’ve received, the discovery has baffled even Bama fans who seem dismayed that Big Al had a forebear, as it were, of which none of them were aware.  The Sideline Sasquatch’s appearance at at least two Iron Bowls in the early 70s certainly seems to suggest that the “Bear” in Bear Bryant held more sway in the Crimson imagination than the Tide’s traditional power-animal identification, the noble elephant.

And now, finally, after stumbling across plans for a pre-Aubie Auburn mascot in a 1972 issue of the Auburn Plainsman, we have a clue as to the creature’s origins … and it suggests something else held significant sway with Bama fans: Icees.

When asked to explain his endorsement of the Giant Eagle, Dave Roberts, chairman of Auburn’s Spirit Committee, responded: “After all, Alabama has a big Icee Bear representing Bear Bryant.” 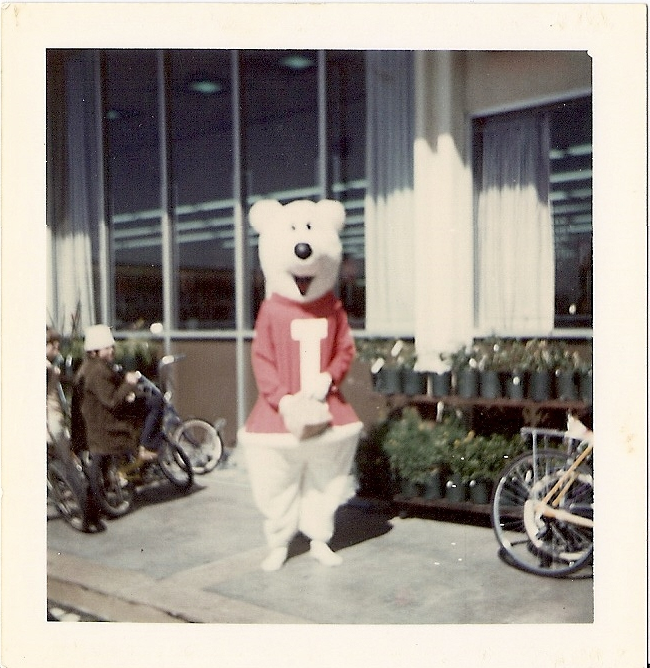 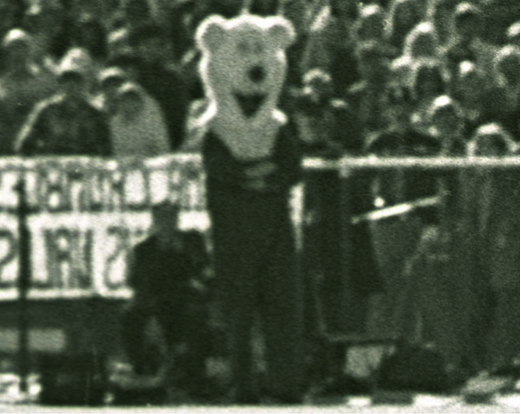 Or at least they have the head of a big Icee Bear representing Bear Bryant; the fluffy chub of the Icee Bear seems to have been traded for a crimson jumpsuit.

Where did the head come from—did Johnny Musso jack some kid working a summer job at the mall?—and did Icee know that its mascot (head) had been decap-appropriated by the University of Alabama in service to The Bahr? (And could they not find a Hamm’s Beer Bear costume? Seems like that might have been more thematically / biographically consistent.) Who knows… we’ve been talking in our Robert Stack voice long enough with this stuff. It’s time for Bama fans to dig into their own nightmarish heritage. (Tell Sela Ward we said “hey!”)