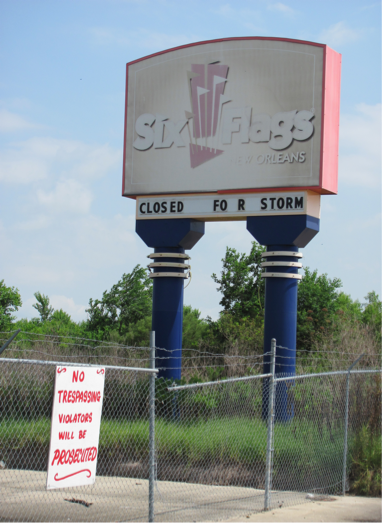 David Housel exudes largeness. Like a Chappy’s booth is the known world. Mirrors upon mirrors inside mirrors around his head. David Housel is and isn’t David Housel like everything is and isn’t everything else. Nose crooked. Voice of the same sort. Arms up. Wide. Like this. Like he’s hugging a big old grizzly bear. “Live life like this.” Eyes on eyes. Them two arms signaling a score for the good guys. “Not like this.” Hands on shoulders, arms crossed. Choices upon choices inside choices. 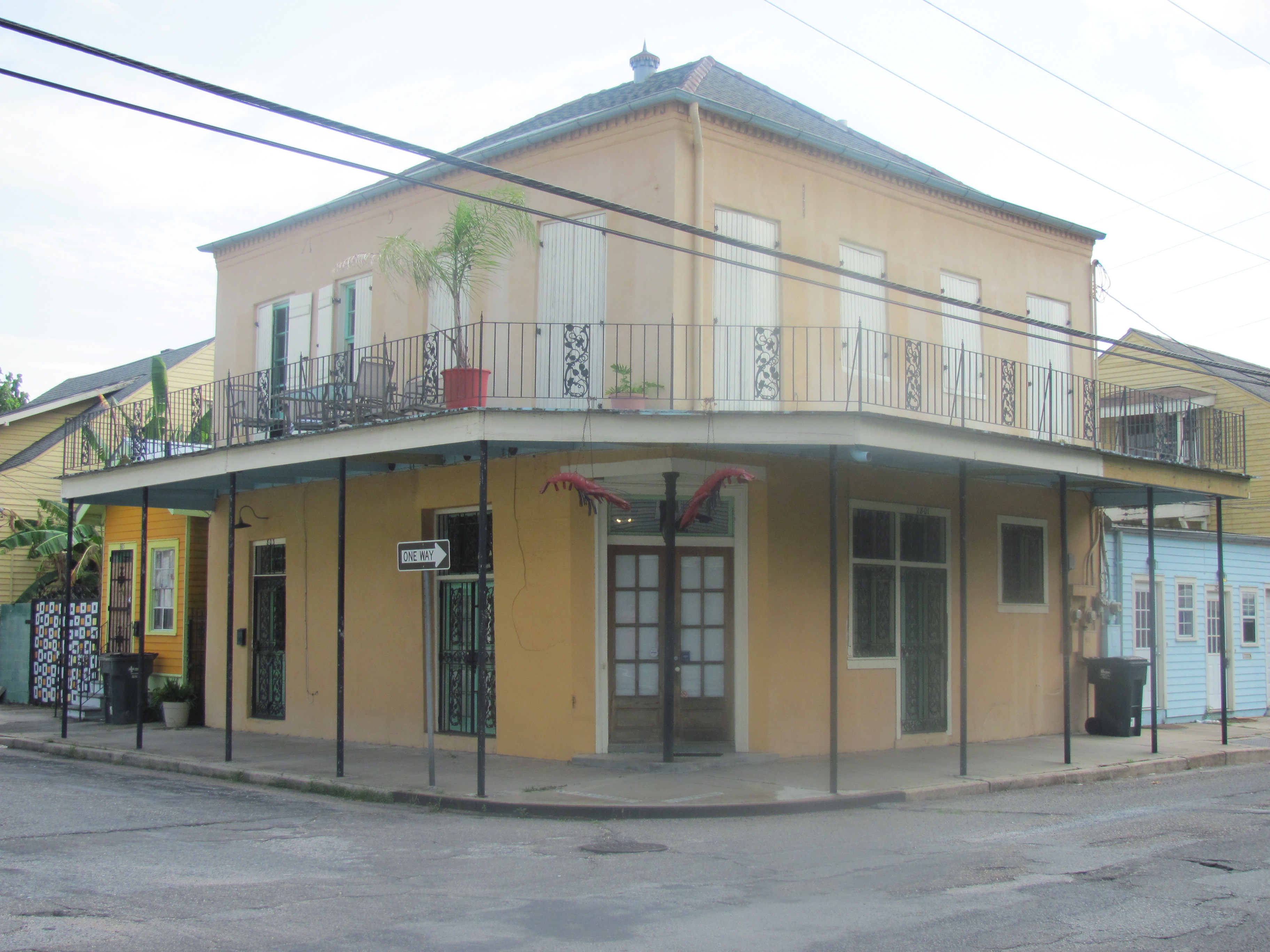 Asked a cab driver how he was doing. “I’m not one to complain,” he said. “Shit could get a lot worse.” That’s New Orleans right there? Yeah? There’s the fatalism of abandoned houses, rundown districts, and leftover fatality Xs from Katrina. A man pushing a shopping cart full of broken glass and flaked rubber and the heap of a woman on a stained mattress underneath an overpass. Today sucks but tomorrow could suck more. So shut your mouth. And Auburn? “Ahhh, so you got to see Cam Newton play?” 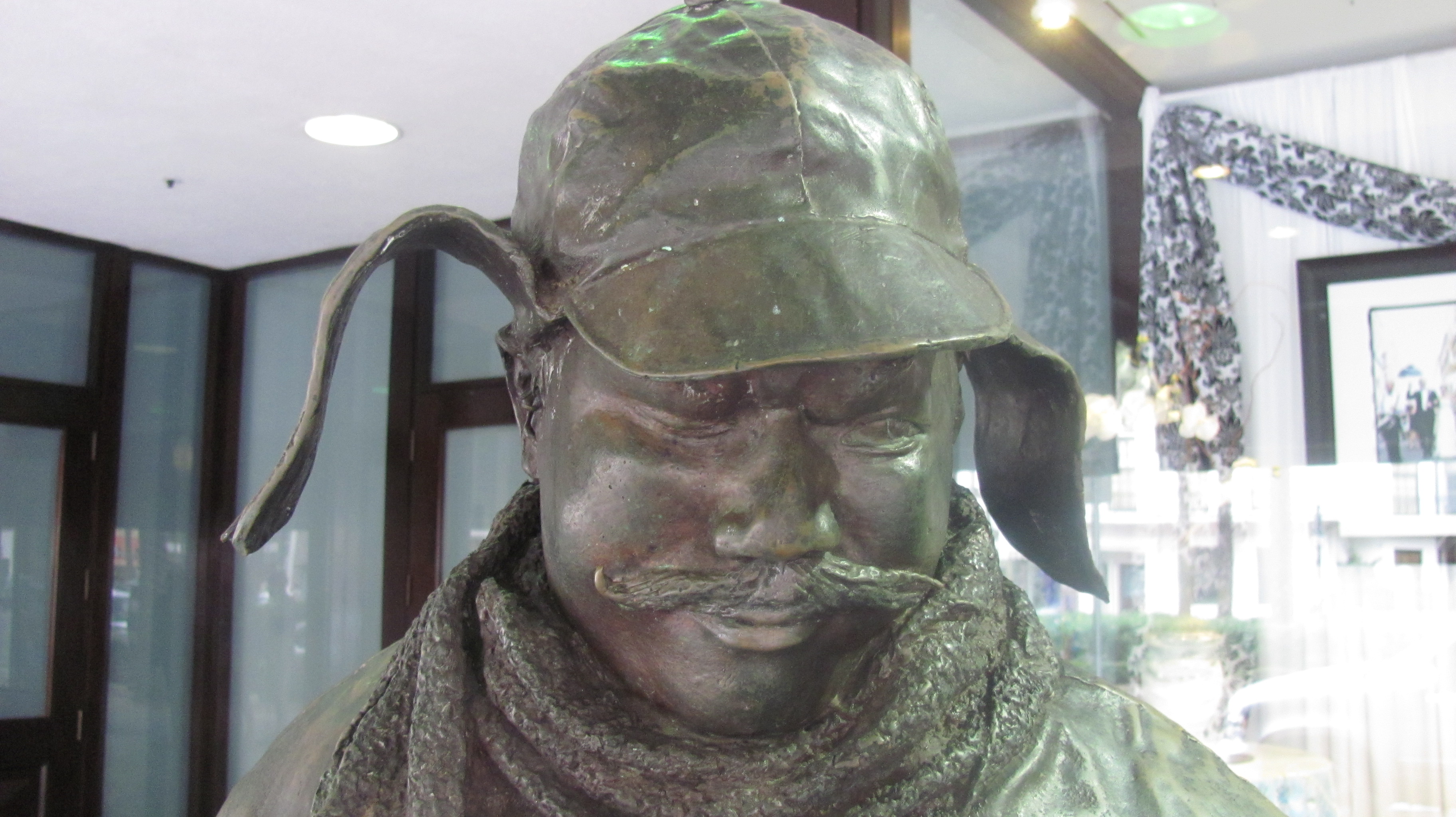 A dirty bearded man, a homeless man it can be assumed, was laid out on Canal Street. Out cold as it is. Outside a CVS that sold liquor. A girl in a dress, a pretty girl it can be said, fashionable and blonde and young, stood holding an iPhone. There was a boy with her, a young man, her boyfriend it can be conjectured. He looked down at the body, still breathing it was hoped, and then around, furtively. She motioned hurry. He thumbs-upped over his fellow sleeping human being. She wiggled her thumb and shazaam! For The Facebook. They went into CVS. To laugh and frolic, it can be theorized. 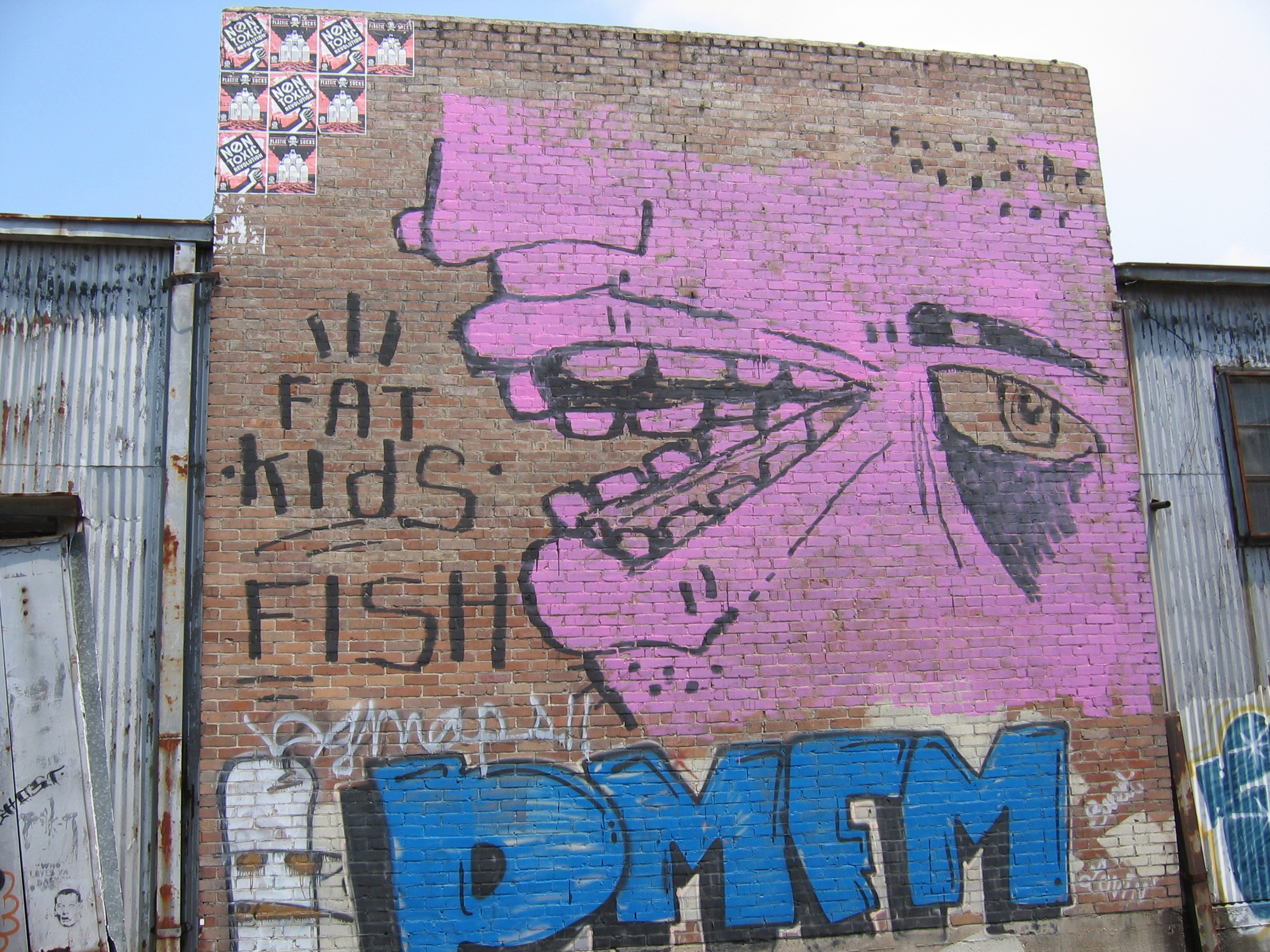 Visited several museums. Seen all sorts of art. Seen Jesus die a baker’s dozen. Seen some inbred-looking fools staring fisheyed into the middle distance. Seen the mentally ill be congratulated for their mental illness. Best art wasn’t in a museum. Best art was on the wall of an abandoned train depot and an old unused store and what looked to be a fleeced apartment. The best art is living. Walls are born. They mature. They crumble and fade. Then they collapse and return to the earth. A regular circle of life. What’s a tattoo here and there along the way? 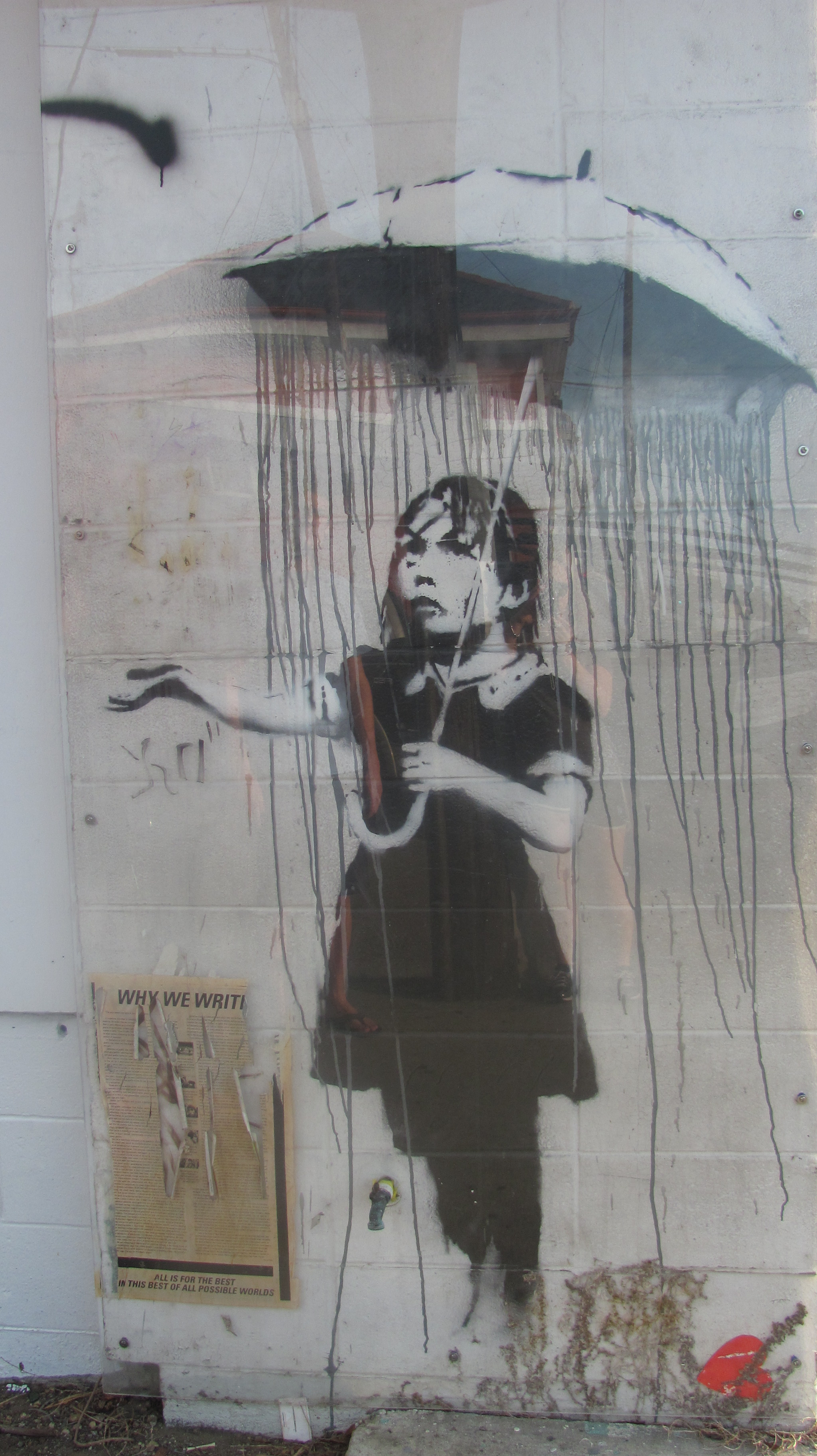 The above and below are Banksy’s. Banksy visited New Orleans at some point. 2008 maybe. Who(m)ever Banksy is or was. He (or she) painted a dozen or so murals around the city. Subversive stuff, The Full Banksy Treatment. Reportedly or allegedly or internetedly, any surface painted with an authentic Banksy appreciated $75,000 to $200,000.

Looking at all that’s left. Fellow named Fred Radtke, aka The Gray Ghost, and some other well-meaners covered the rest. Art is art until it isn’t art. Tomorrow, today, who knows when the decision is made. Remember the eye of the beholder. Behold but don’t be held. 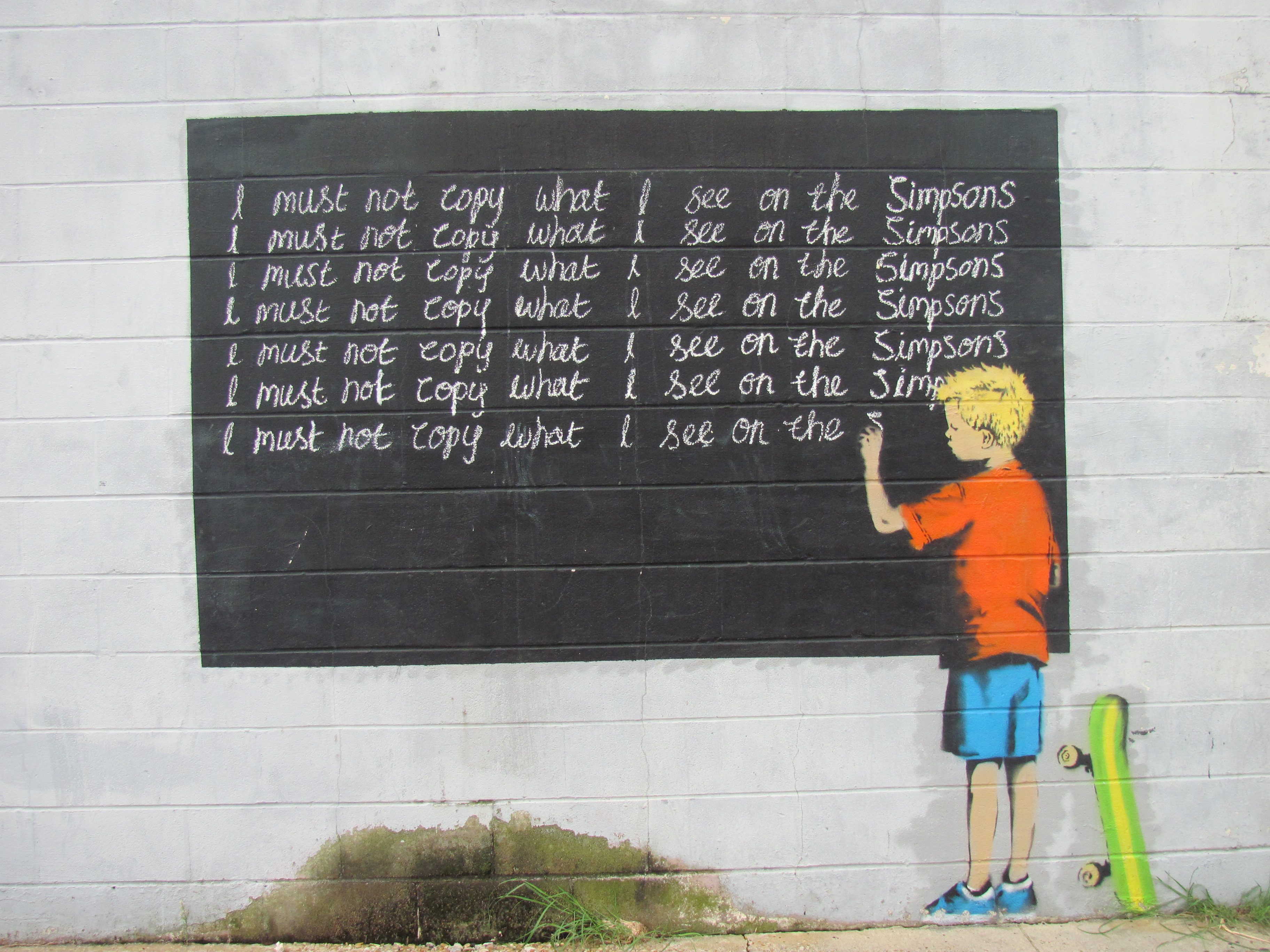 Met an artist. A painter he said. Lived out back in what he termed his studio but what was really a garage turned living space. All his pants had paint stains. His right eye was more bright blood red than white. Beer cans and cigarette butts scattered hither and yon. Place smelling of warehouse and dog. No car. Few clothes. Power shut off. Out the door with a boot at month’s end. Made it seem he wasn’t all show. Silly that. Said he was post-impressionism. “Always said I don’t know what art looks like, but I can show you.” Nodded like that was all that needed to be said. 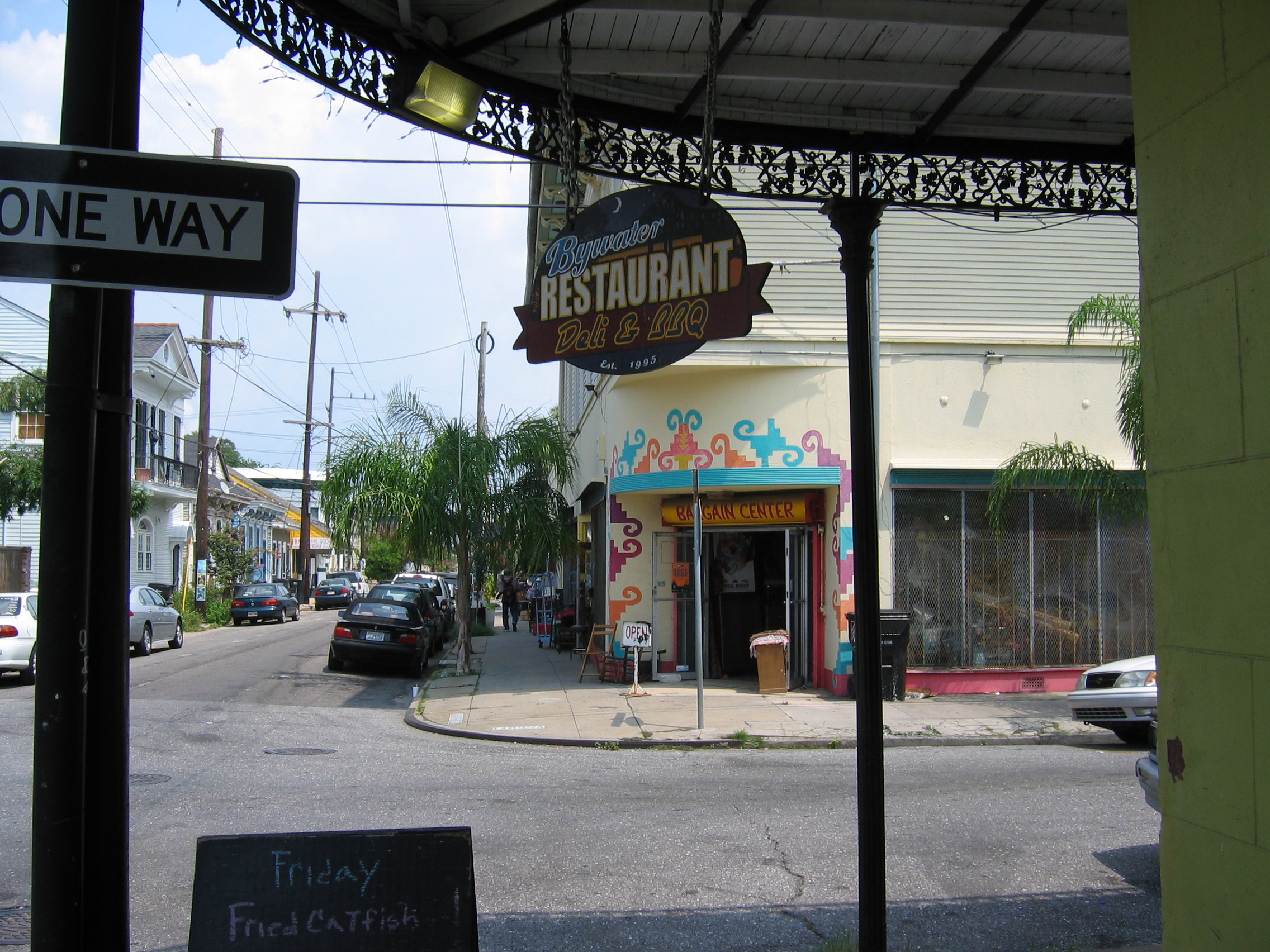 Met a man named Jack at bar named Mimi’s. Jack walked in and ordered a “three-dollar beer” and handed the nervous bartender three crumpled ones with a shaking hand. “All right, Jack,” the nervous bartender said with a tone of inevitability. Jack had bad teeth, cutoff jeans, and a bobblehead. “You’re a cool cat,” he said, one stool over. Couple minutes later he said, “You’re young and a real prick.” Two lawyers wearing matching white buttondowns and hipster glasses were drinking cocktails and saying words like “due diligence” and “moot” with pride and volume in the closest corner. Decided to leave before Jack finished his beer. Stood and shook hands, he glancing at his beer. He wanted to leave, maybe follow, maybe rob, maybe tell a story of sorrow and woe. But there was the three-dollar beer. Jack stuck with what he knew.

Heard Jack used to live on a guy’s porch in the neighborhood, a little alcove that wasn’t the street. Deal was Jack would maintain the lawn and protect the porch from other wayfarers. Guy even gave Jack a little money here and there to keep him going. But then the guy moved. The new tenants, two girls, one from Uptown, the other from South Carolina, didn’t want Jack living on their porch. Understandably. They even offered to give him food now and again. Jack didn’t like that. Not at all. He hated it so much he broke a beer bottle and chased the smaller of the two yelling about how she was a “bitch” and he was going to “slit her throat.” The other roommate grabbed a bat and chased after Jack. Picture it: Small girl from South Carolina, works in a vintage designer boutique, being chased by a shaky homeless alcoholic with a broken beer bottle who’s being chased by a girl from Uptown, who works at the same boutique, brandishing a baseball bat and yelling. Luck’s all around. Jack’s an aging alcoholic and the girl just jogged in a circle until he went double. The police came and did police things. 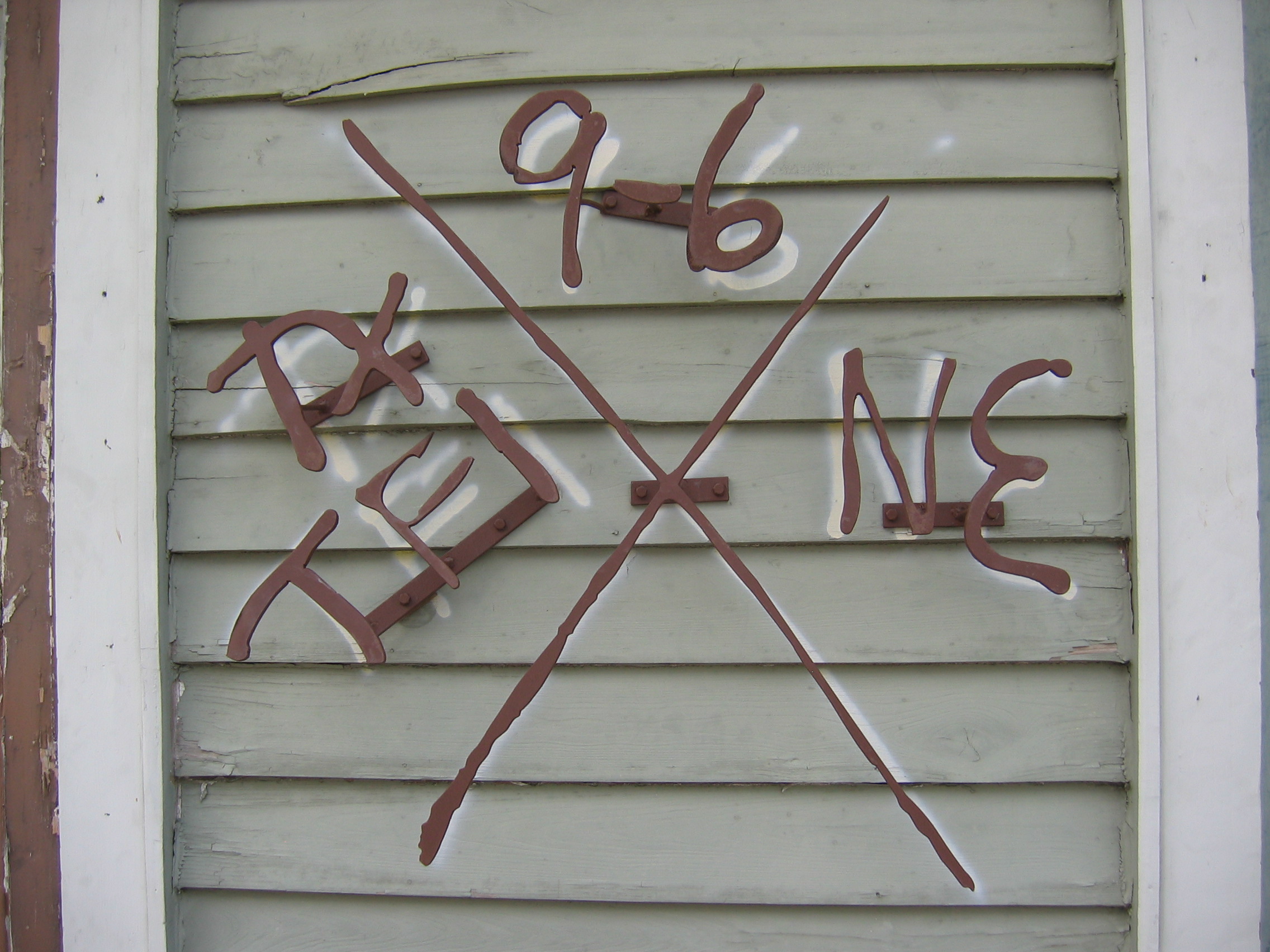 Seems life’s about perspective. Look close. Or don’t. Happiness is blurriness. The best one can do is find one’s way of looking.

New Orleanians are hardy. And hearty as long as we generalizing. They’re proud too. There’s the Saints and jazz and there’s Katrina. Those Xs are part of the pride. This couldn’t kill us and that won’t either. A lot of the houses, the shotgun doubles and narrow two-story singles, have new paint. Or what looks to be new paint. But there’s that X. At once hope and sorrow. 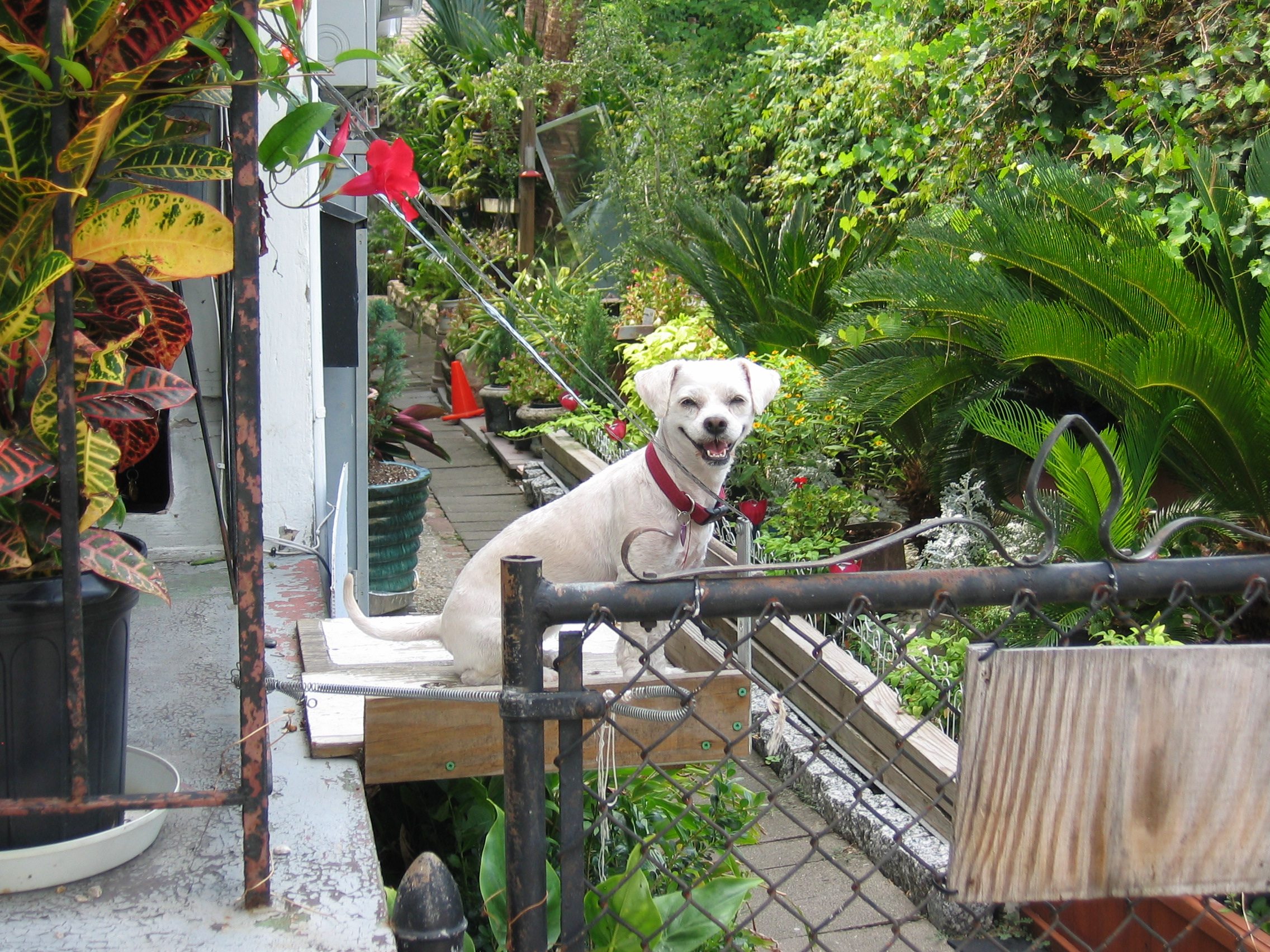 Ben Bartley recently graduated from Auburn University with a degree in journalism. He’s a bad journalist. But he tries very hard. He is currently seeking writing opportunities. For a modest sum (like real, real modest, like a chocolate milkshake), he will handle your e-mail correspondence with your mom, write personalized love letters to either sex, scribble a sonnet about the two hours you spent bathing your cat, and/or much more. Contact him at [email protected]

* And All God’s People Said “War Eagle”
* Fans equate Iron Bowl losses with the end of the world—now confirmed by science!
* Auburn is the question, Cam the answer on Jeopardy!
* Derek Jeter’s guardian angel spotted—and he’s an Auburn fan