The majority of folks reading this likely know what the cover of the spring issue of Auburn Magazine looked like—copies were sent to every (living) Auburn graduate as a subscription push. There’s Cam. There’s Chiz. And, somewhere, there’s the Lord. It was the Year of the Tiger, forever and ever amen. 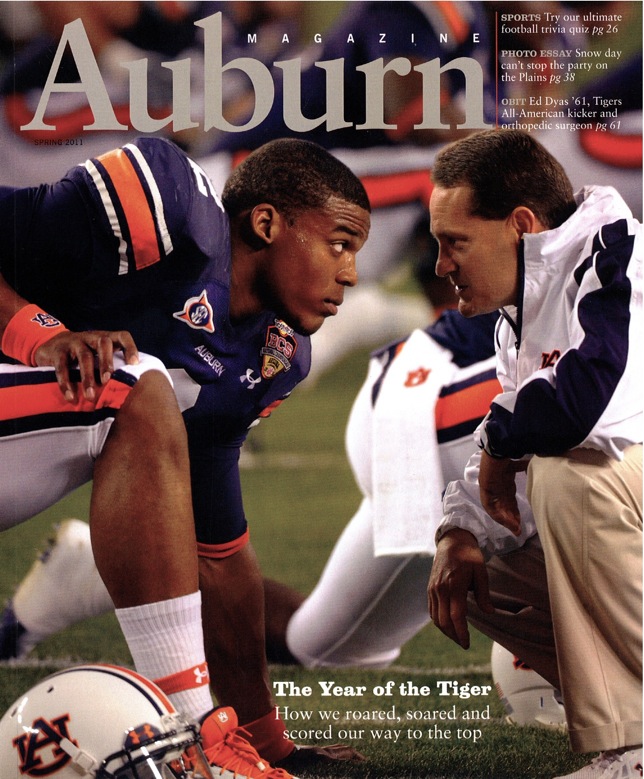 But how did Oregon University’s alumni magazine commemorate its coulda-woulda season? 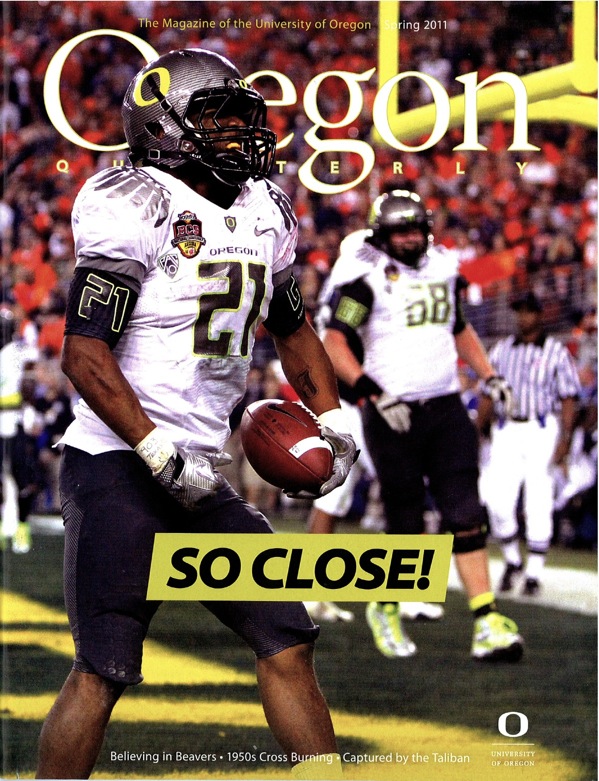 Yes, that came out months ago; schadenfreude never graduates.