Before crashing a Pike concert “cleverly disguised” as an Auburn coed by wearing an Auburn garter (works every time), Playboy Playmate Jaime Edmondson somehow convinced a Pike pledge to sneak her and her blonde friend into Jordan-Hare Stadium late yesterday afternoon. They were quickly booted, but not before snapping a photo. 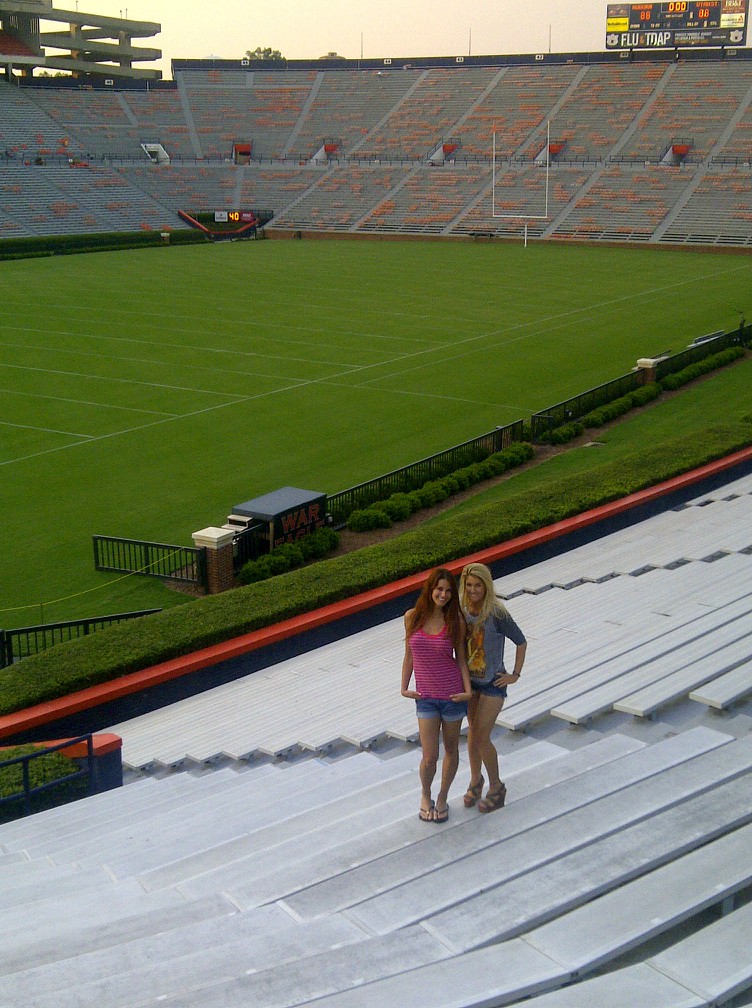 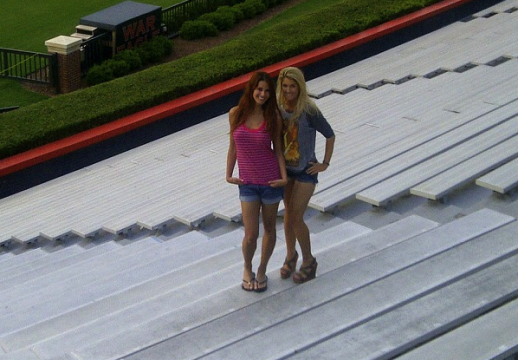 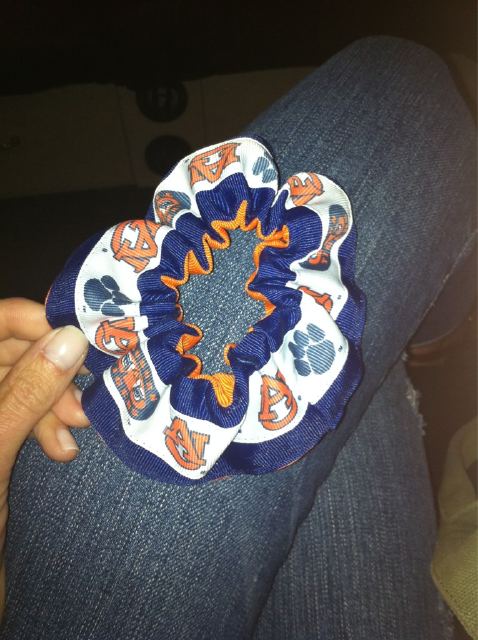 The sexy shenanigans were included in the “Day #2” itinerary of some sort of good times-roadtrip-promotional-tour something or other Edmondson is referring to on Twitter as  “Whiskey Tango a go go.”

We’re assuming the selection of Auburn is some sort of cross-pollination marketing  related with Edmondson’s latest gig—modeling Cam Newton’s used BCS Championship Game pants for BustedCoverage.com. The sports culture / girls-in-bikinis website was the high-bidder ($1,525) on the pants when Auburn put them and other 2010-ish souvenirs up for auction in May. The poster-ready photos of Edmondson in the pants will be unveiled Tueday at the “Jamie Edmondson Gets Into Cam Newton’s BCS Pants Party” held at Hudson Station sports bar in New York City. Why yes, that is the Auburn NYC Alumni Club bar. Why no, members we’ve talked with aren’t pleased about that.

(Obviously if the dudes at Busted Coverage were really on their game, they would’ve snagged Pat Dye’s Pants at auction back in 2007. And no offense to the Blessed Individual, but they wouldn’t have needed a Playboy model to make those things sexy.)

UPDATE: The photos—at least one of them—have been released.