She went in his stadium, now she’s in his pants. 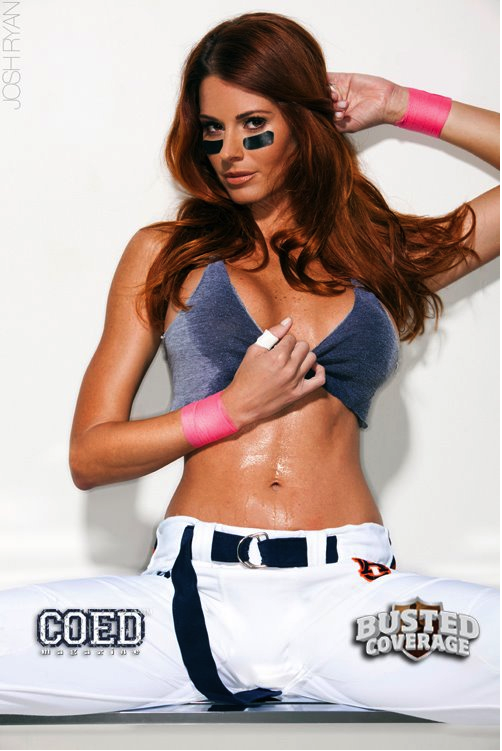 We’re sure there will be more to come. With poses and angles much less safe for work. From them we’ll shy away. But this particular photo of Playboy Playmate Jaime Edmondson commissioned by BustedCoverage.com after they won the Blessed Individual’s used BCS Championship Game pants in an online Auburn Athletic Department auction doesn’t exceed our “Curious Corner of Male Fan Psychology” threshold. (Nor would a shot of Kathy Ireland in Jeff Burger’s pants—wink, wink, S.I. Vault). And like with that Old Navy commercial, tracking Auburn in pop culture means tracking Auburn in pop culture, for better or for worse. Or for tacky.

Somebody’s got to do it.