We’re moving on from the post that started it all (she was so good to us) and starting afresh, because the pictures just keep coming… and once you try to go beyond “UPDATE FOREVER INFINITY,” the word just starts to lose meaning.

So without further adieu, here are the remaining signs going up at the stadium. Looks like we were right about 2004.

And the 2010 moment deemed the most put-it-on-the-stadium iconic? Foot Lauderdale’s Championship chip shot. 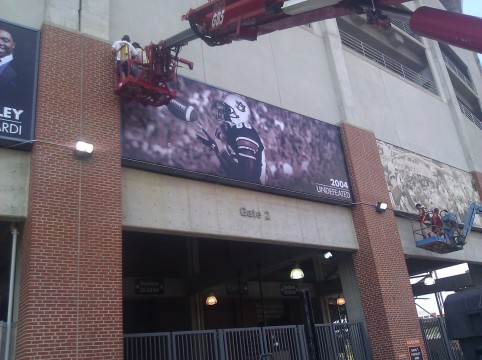 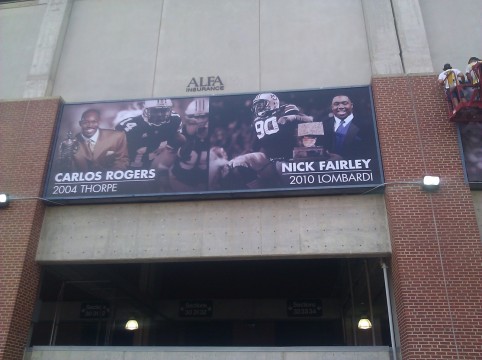 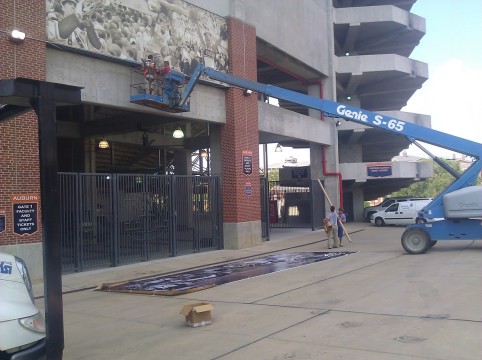 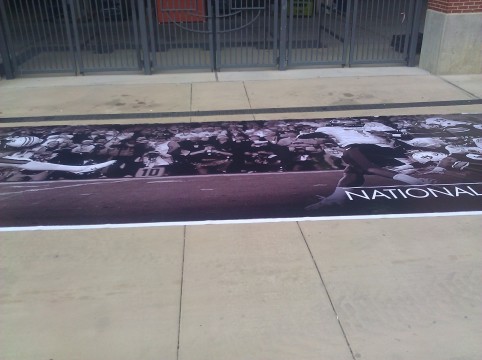 Related: So a Playmate walks into Jordan-Hare…