So it turns out that even in Shug hadn’t had a houndstooth sweet tooth we still may have been giving Brooks Brothers a harder time than they deserved. Because someone up there seems to know a lot more about Auburn than we we initially gave them and their houndstooth-turned-chevron Auburn tie credit for.

Exhibit Awesome (which was overnight-ed to us the day after our last Brooks Brothers-related post): 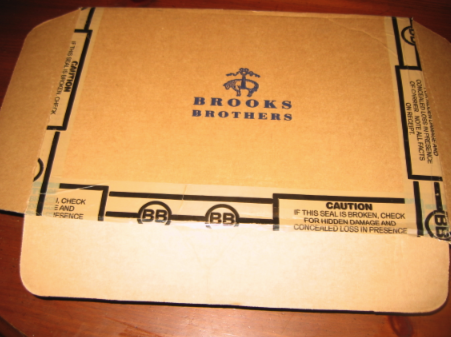 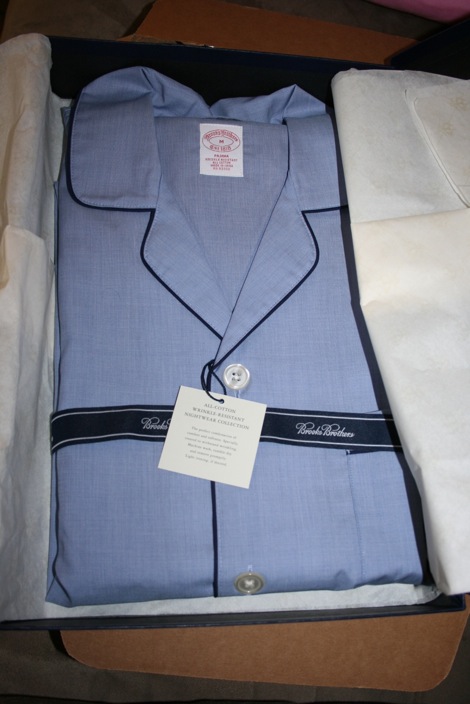 Why yes, that’s a Brooks Brother’s pajama top. But it’s the note attached that makes it: 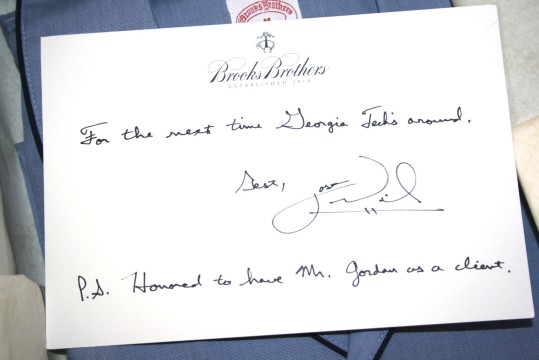 Allow us: “For the next time Georgia Tech’s around. Best, Jason Nickel [Manager, Web Content and Social Media]. P.S. Honored to have Mr. Jordan as a client.”

Jason, you made our dang day.

You can check our Brooks Brothers Auburn collection here, and with the cleanest, dapper-est, most un-crimson conscience possible.