Rumors that T-Town Menswear owner Tom Al-Betar switched allegiance from the Tide to the Tigers after being disassociated by the University of Alabama Athletics Department are totally false. But as can be seen in this letter distributed Sunday at Auburn’s Fan Day, Auburn’s compliance department wasn’t taking any chances. 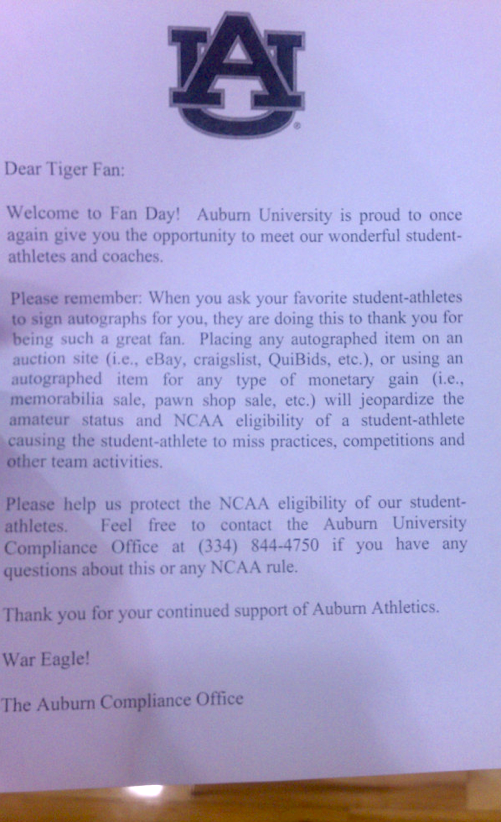