Yes—if we ever track down the original photo, we will of course make posters available for purchase. [Click to enlarge.] 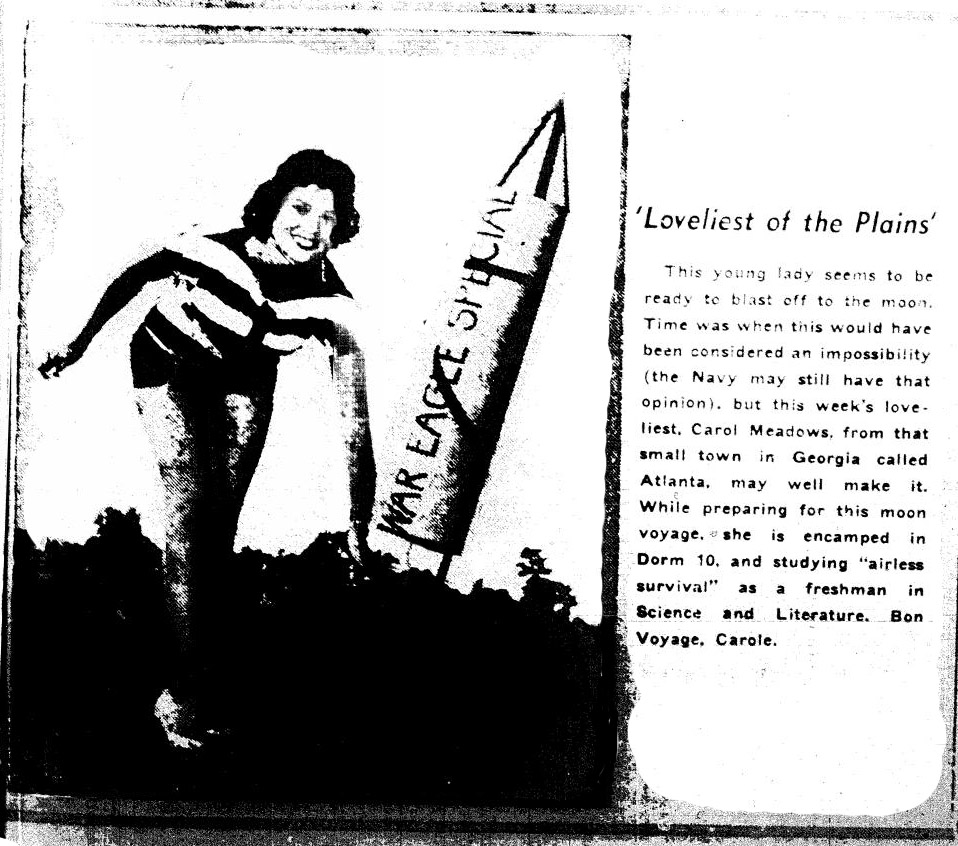 Because freshman Carol Meadows shooting off a giant firecracker rocket called War Eagle Special for the July 2, 1958 issue of The Plainsman’s “Loveliest of The Plains” segment was just one small step for that old trademark Auburn patriotism. But finding it in 2011 is one giant step for Auburn cheesecake connoisseurs.