The demise of the shuttle program is going to put a major dent in Auburn merchandising residuals. Because Auburn has produced zillions of astronauts. AND THEY LOVE TO REPRESENT. IN SPAAAAAACE.

In May, we waxed NASA-stalgic on the occasion of  Endeavour’s final flight by posting a photo of Jan Davis and her Auburn pennant (and May Jemison and her shorts—we will never shut up about the shorts) on board Endeavour in 1992.

Today, Mr. Downing turned us onto the veritable Anders Bookstore that roamed the heavens a decade ago aboard the International Space Station courtesy Mr. Jim Voss, who was featured in Space Station 3D, an IMAX film released in 2002 and currently viewable in its entirety on YouTube [here’s a link straight to the good part]. 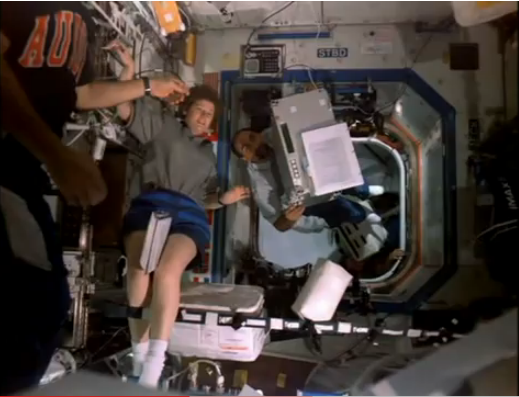 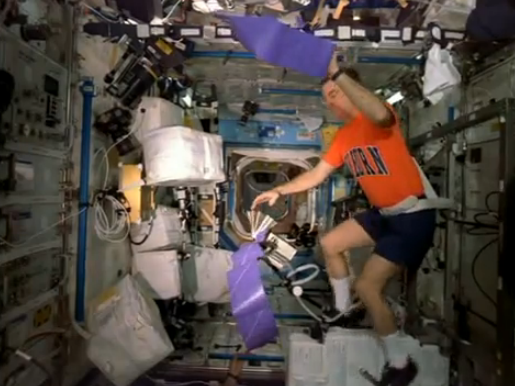 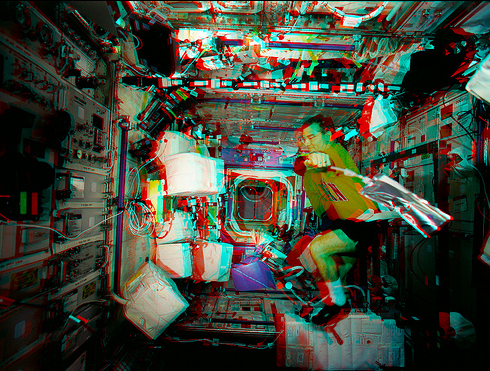 Voss graduated from Auburn in 1972 and astronauted like crazy until retiring from NASA in 2003 to become Associate Dean for External Affairs in Auburn University’s Samuel Ginn College of Engineering. And he’s just one reason why the aliens, if they’ve been doing any sort of reconnaissance up there, will probably already know exactly Who they want us to take them to.