Though a date for the unveiling of the three statues of Auburn’s Heisman Trophy winners has yet to be announced—it’s supposed to be sometime this fall— the pedestals they’ll be placed on are nearly complete.

The pedestals are located outside the east entrance to Jordan-Hare Stadium (facing Foy Studen Union). Two appear to be completely finished (except for flair, insignia, laser fencing, etc.). Ground for a third has been broken, but as of Thursday no bricks had been laid. 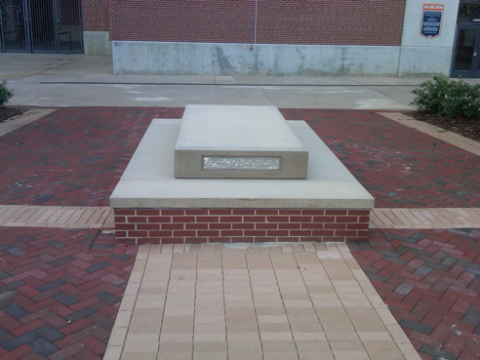 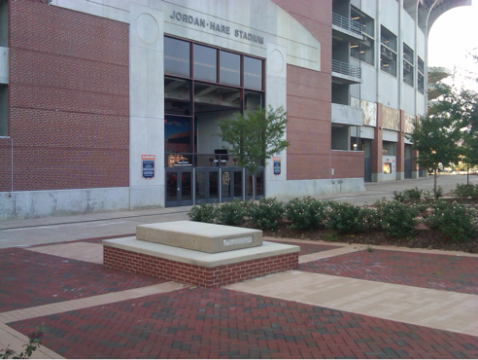 Auburn officials remain tight-lipped on the details about the statues beyond physical specs—bronze, one and one-half times life size, 1,900 pounds. But The Plainsman seems to have finally gotten a price tag out of them: $100,000 a piece. As for their appearance, the (rich) sculptor told TWER in April that the statues were designed in action poses—Pat Sullivan throwing the ball, Bo Jackson running. The statue of Cam Newton is still under construction and, unlike the other two, which are currently in storage (presumably) at the Auburn Athletic Comlpex, has yet to be delivered.

We do have an idea of what the bust of John Heisman, which the university commissioned along with the statues, will look like. But there’s no sign yet as to where it will rest its disembodied head.