Though the much blogged photos of the mother who in 2009 sprinted the length of Bryant-Denny stadium, ditching a stroller in the process, so not she but her newborn, head lolling sickeningly toward the turf, could be the first A-Day attendee to receive Saban’s mark were disturbing (and likely had many folks Googling their state’s Good Samaritan laws), Shug Jordan apparently proved sometime in 1974 that football coach baby-autographing doesn’t have to be disgusting. 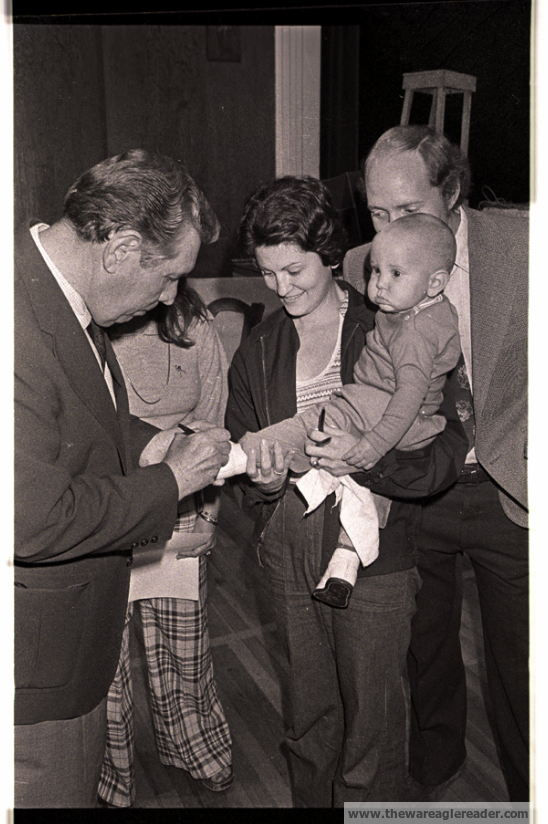