It’s been over eight years now since Jim Fyffe left us on May 15, 2003. I remember it like it was yesterday. Sitting at the computer. Checking whatever sites you checked back then for updates on whether the great god of Auburn radio was going to make it. Listening to Finebaum. Praying.

First he was just in the hospital. He was going to be OK. Then he was dead.

The next day, I sat in the Anders parking lot. I looked up at the marquee. I got out my journal and drew this. I just found it again and thought I’d share. 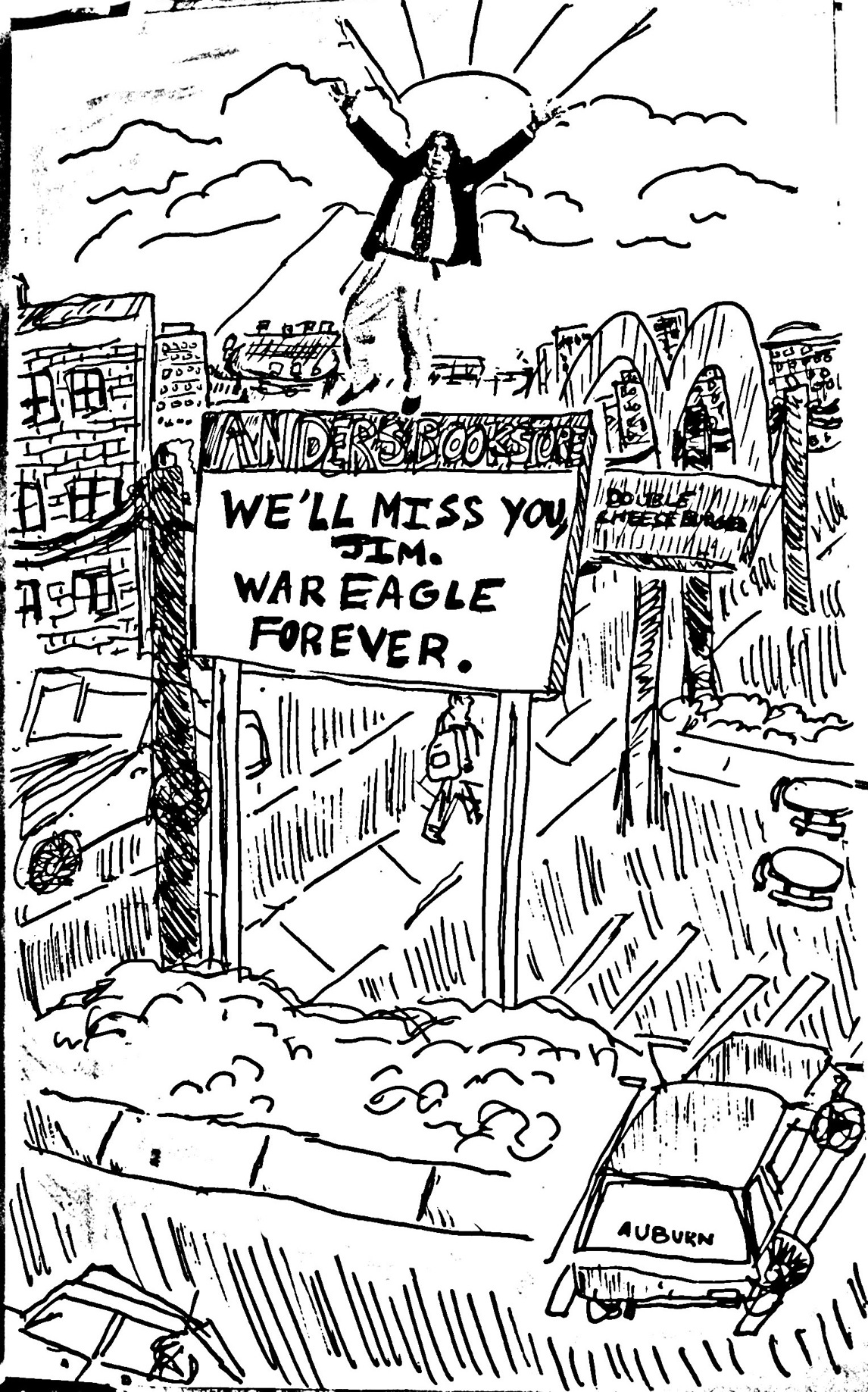 I’m not much of an artist.

* De La Soul’s DJ Maseo says he’d lend talent to pregame if ‘conducive’
* Barrett Trotter knows when to hold’em
* Bear Bryant’s lost year at Auburn
* The Ron Swanson Pyramid of Auburn
* Gene Chizik’s cow
* The Secret History of Pat Dye Field
* Erin Andrews at Toomer’s Corner
* In the time of “Got 13″ she was a Tiger
* Was Walt Disney an Auburn fan?