Upon learning that the power lines that typically bore the brunt of the toilet paper were to be buried beneath Magnolia Avenue, and after fearing the tradition thus ‘doomed‘, Auburn fans in the late 70s had no trouble getting creative with the rolling of Toomer’s Corner. 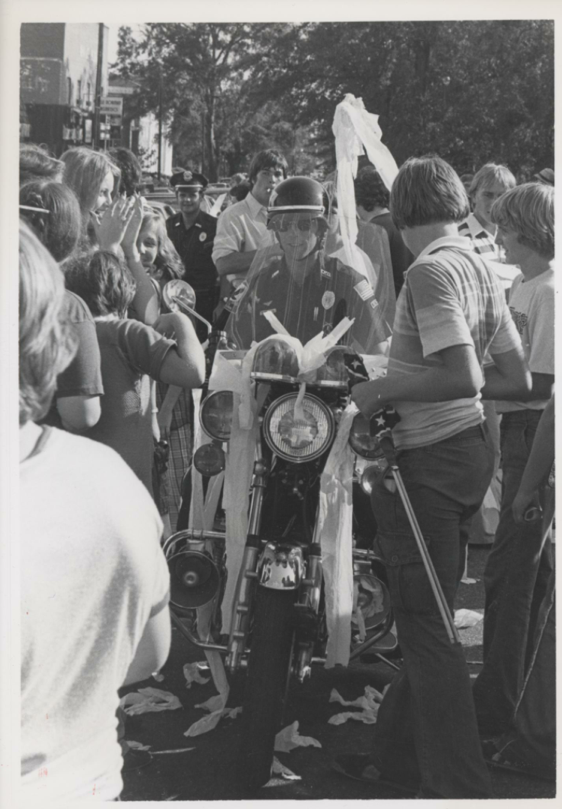 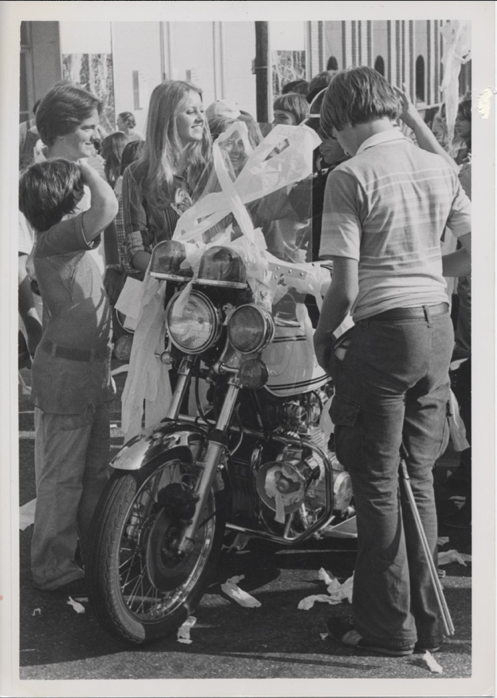 Sure, the equestrian team has some good ideas. But after seeing this, rolling cops seems the obvious answer. They’re there. They always look like they want to join in on the fun. And if AUPD can’t, we could probably just hire Eric Estrada to stand there with some twigs in his hands. Seems like he’s up for anything these day.