In keeping with the rare spirit of unity — and with the Spring Of Dye — we present a rare photo of Bear Bryant and his fresh-faced Padawan (and eventual vanquisher), Pat Dye. 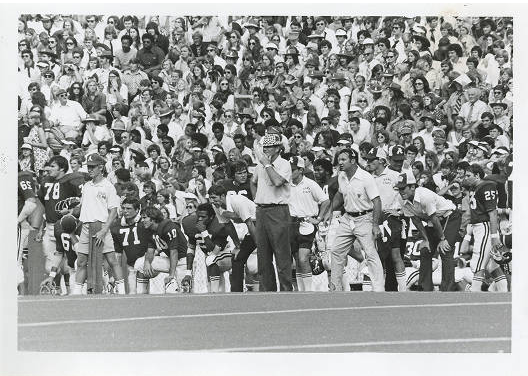 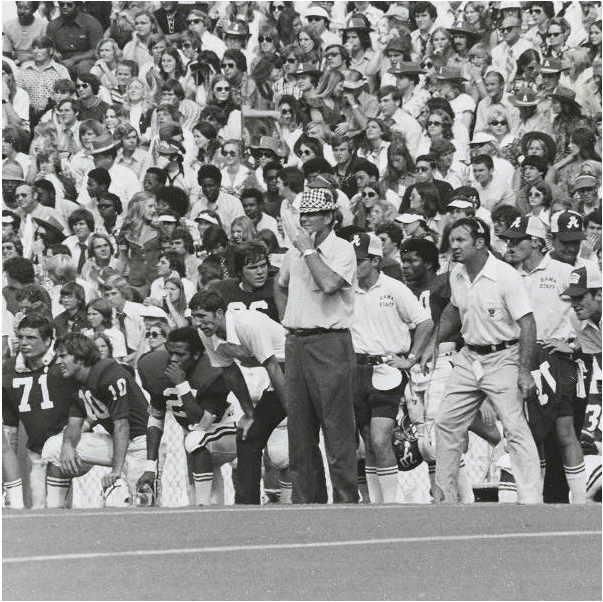 This is the first photo we’ve ever seen of Bryant and Dye on the (same side) of the field together, the first non-photo-op-hunting-trip photo, period, actually. Got it from the University of Alabama digital archives. They say it was taken in 1977. It wasn’t. Dye was an assistant under Bryant at Alabama from 1965 to 1973. This looks toward the end.