The degree to which this psychedelically titillating showcase by experimental New York rockers Battles might N exactly be SFW will depend on whether your boss frowns on American Apparel models licking doorknobs, roller skate wheels, chocolate ice cream cones (while taking a bath), lamps, pine cones, or gardenia blossoms.

But if you can’t wait to get home, and if you do catch any heat for it, just assure The Man that you were only interested in the split second clip at 1:12, and the three seconds from 1:25 to 128, which appear to show a dude in an old Auburn (Dameyune Craig) jersey holding a beer bong and talking on a cell phone.

I’m sure he’ll be fine with it. 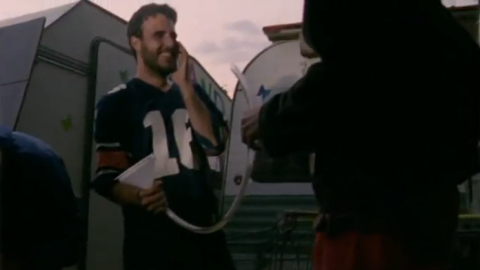