TWER’s favorite Endeavour flight was obviously STS-47 in 1992, and not for the microgravity experiments, but because of the decor brought on board by Mission Specialist 2 Jan Davis (left), the better half of the first married couple aboard a space flight and a 1977 Auburn grad. 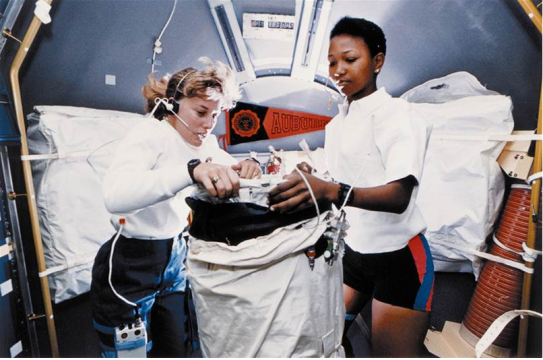 And also, yeah, because of Mae Jemison’s shorts.

Thanks to Stephen Walker for the tip, the research, the works; photo via. Speaking of Auburn and space…