In this delicious 1981 photo, The Round Mound of Rebound looks to be on the verge of getting very uncivilized with a piece pizza, presumably from the Domino’s on Magnolia. 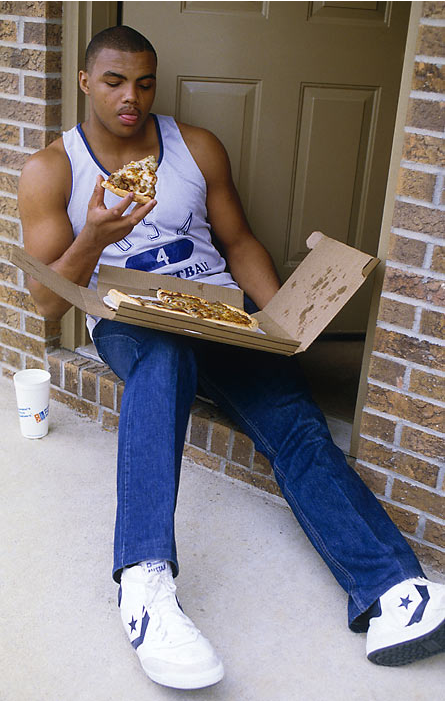 UPDATE: There’s been outrage over our claim that the pizza is Domino’s, which was based on the cup Barkley is drinking from. But we’re willing to concede the possibility that it’s just a plastic Domino’s cup Charles grabbed from his apartment and that the pizza really is — smartly — from Godfather’s or Mr. Gatti’s. Lord, it looks good.