John and I were going after the same Glom on eBay several years back. He was a fighter. If you can’t beat’em, chances are they’ve got some interesting stories. And since it was a Glom from one of the years central to a book I’m working on, I was counting on it. I emailed him. We talked.

His Auburn stories are worth their own book.

John currently lives and works and plays golf in California. He’s originally from Charleston. He came to Auburn in the summer of ’66 ostensibly to earn a golf scholarship. It didn’t work out. He enlisted in the Army a few months later. He was in Vietnam from August 1968 to May 1969. As soon he got out, he went back to school. He overloaded on courses trying to graduate in three years. It didn’t take. He hitchhiked to California to join The Weathermen. It happens. More on that some other time.

For now,  I just wanted to share some of the photos he sent me, these incredible, incredible photos that I somehow forgot about until last week. With these, you don’t have to wonder if the driver might have been an Auburn man or knew an Auburn man. He is an Auburn man. Were you to walk by one of these photos, framed and hung on the Auburn wall of a local O’Charley’s or something, you wouldn’t have to hope that it’s more than just coincidence, more than maybe just a nickname of some battalion, more than some military term, more than just some unknown whatever an Auburn message board glommed onto into 2001. It is more than that. You could point it out to your grandfather in confidence. War Eagle.

(But I’m sure General Patton was an Auburn man, too.) 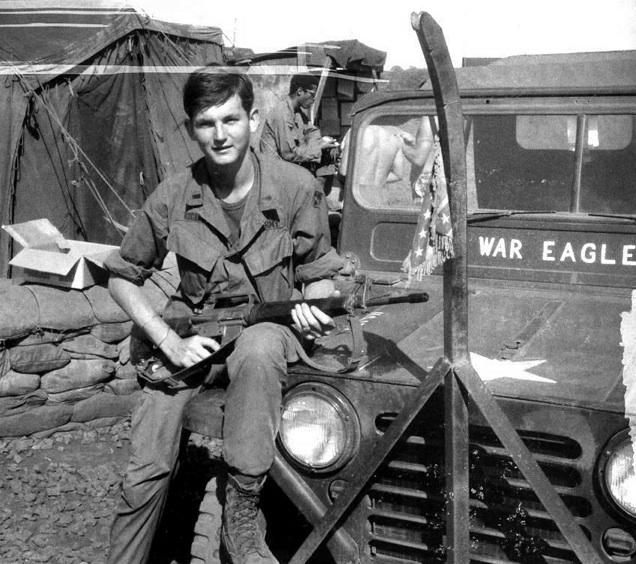 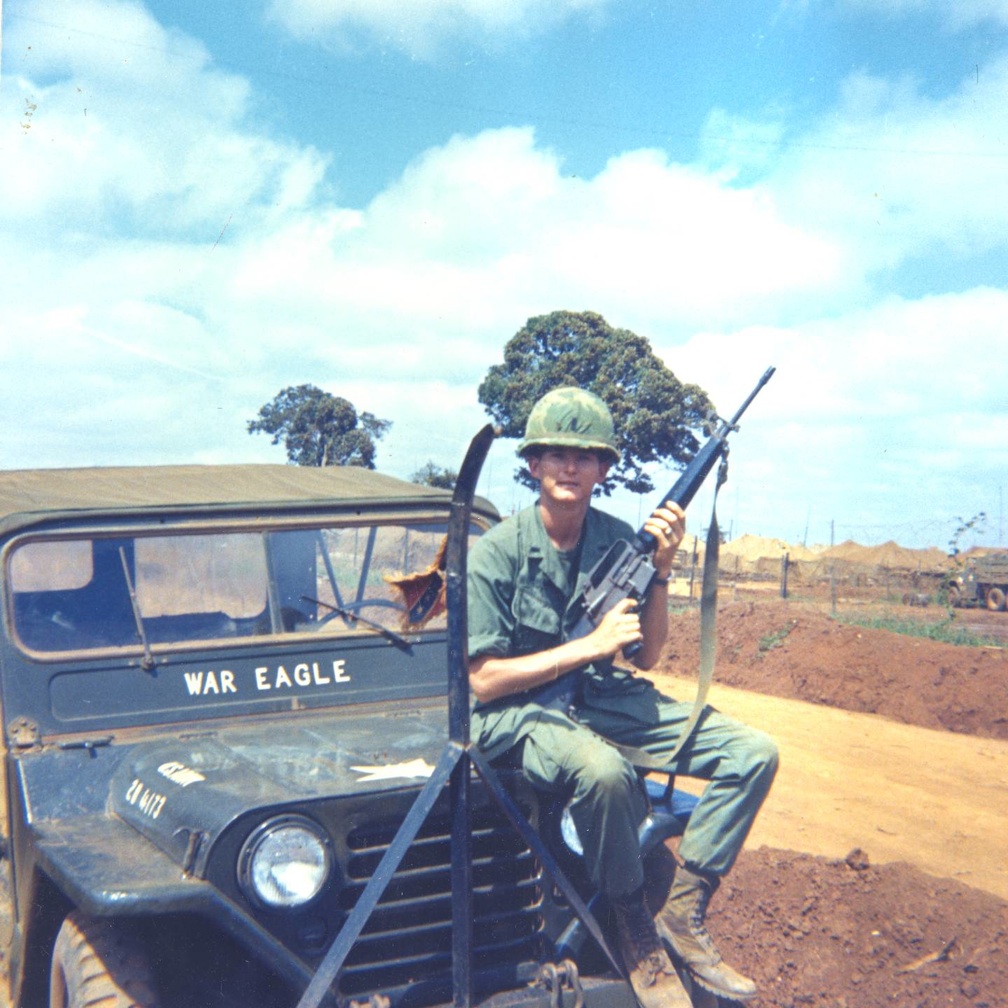 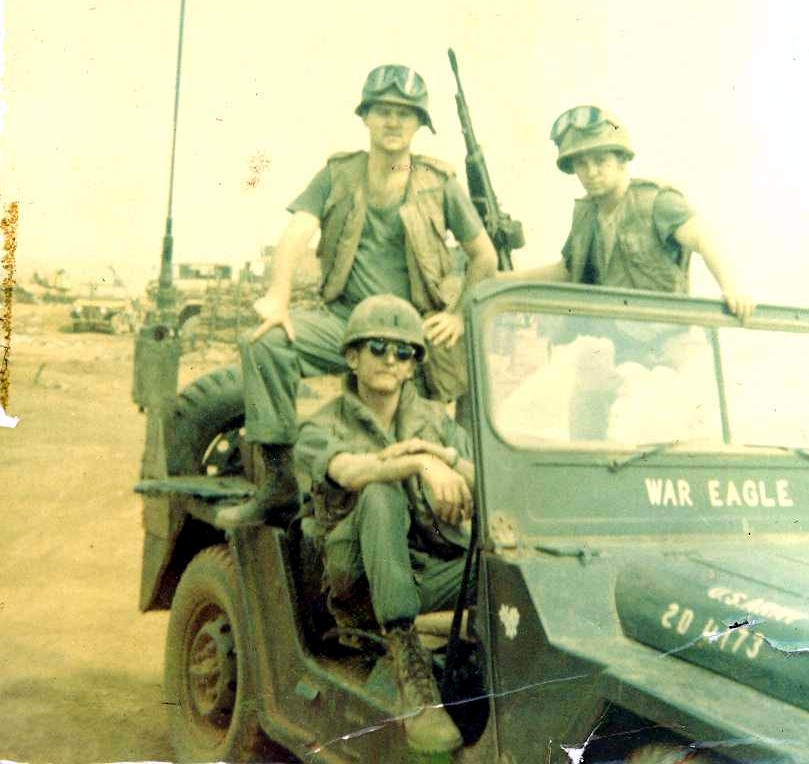 This last photo was taken in late 1968, just prior to the 4th Infantry Division’s 2nd Brigade leaving Firebase Ban Me Thout East outside of Ban Me Thout, Vietnam in a convoy to Firebase LZ Mary Lou just outside Kontum. Rochelle’s unit was Co. C, 704th Maintenance Battalion.

“I do not recall the name of the fellow giving the peace sign although I do remember getting him reassigned out of the field to Qui Non on the coast due to a medical profile,” John says. “The driver of the jeep was named Dasher.”

The name of the driver of whatever car that is in the photos below, an Auburn grad John met in Saigon in October of ’68?

“All I recall was that his name was D.J. and that he worked for Northwest Orient airlines,” John says. “It would be fun to see if someone could identify him.  I believe he played on the football team and that was how I met him originally in the summer of 1966.” 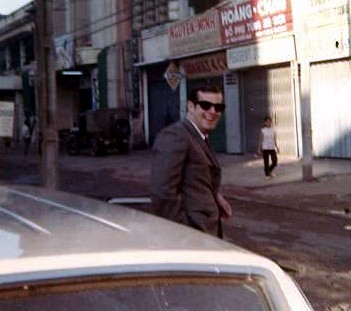 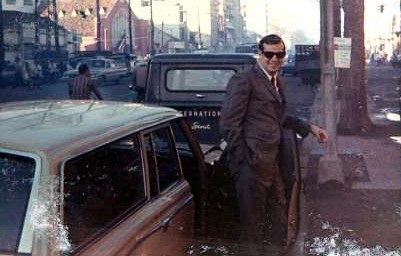 D.J…. Don Jraper? Anyone else have any ideas?

Related: The story of the ‘Auburn’s Little Tigers in Vietnam’ basketball team.