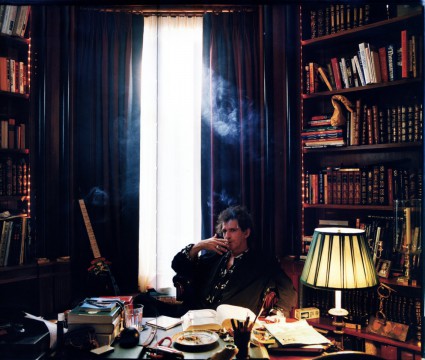 So your Auburn Tigers just won the Big Enchilada this past season. You take, pipe in hand, a long stretch in your easy chair and ponder. The chill of a cold wet, winter day outside, your thoughts turn to warm memories of sunny afternoons past. Why, this football season past is right there in the forefront of your mind. Your chest swells with thoughts of CAM! BIG NO. 90 WOOOOO! NOVA IN FLIGHT! The thrill in the air, heavy with the warmth of warming warm warm War Eagles. (You hate all this cold weather, OK?) Back to the here and now, you stand and wander toward your bookshelf to pluck a favorite tome of Auburn football lore. There’s the newest book on the season here yes, yes. But wait! All that other literature needs an update! Your champions have done a rash thing and now all your reference books are obsolete in their facts! New editions all around for those books on Auburn and Auburn football if you please! Let The War Eagle Reader help update ALL REFERENCES of Auburn to include “2010 national champs.”

But to start this off, a warm-up act before really digging in.

Mr. Raines, former executive editor of The New York Times, has exactly one reference to Auburn, I believe, in his “a memoir”! Let the updating commence! With mighty … uh … yon red ink and quill pen? in hand, I strike!

“The One That Got Away: A Memoir”
Copyright 2006 by Howell Raines
Chapter 8: “An Evening Stroll Through the Intersection of Forty-third Street and Memory Lane”
Page 62.

“For at that time, my brother and his pals were going off either to the University of Alabama to major in something called business administration or to our state cow college [TWER’s new edit suggestion for publishers Scribner: and winner of a second “national champion” in 2010, who would storm back to win the Iron Bowl of that year, 28-27, oh curses, curses on those handsome devils! ARGHHHHH!!!! RAAAAHARRRRRR!!! I broke my fan-cy typewriter in anger just then! Crap! But I digress … ], Auburn, to major in an even more unappetizing pursuit called engineering.”