Terry Lathan said it took her “about two nanoseconds”  to agree to it.

“Several years ago we started having the Auburn players [playing in Mobile at the Senior Bowl] to come to the Mobile Auburn Club as our guests and this year they asked me if I could have it here,” said Lathan, a Mobile Auburn Club advisory board member who last Thursday hosted Josh Bynes, Zac Etheridge, and Nick Fairley in her Theodore home for a meet ‘n’ greet intended to raise funds for the Mobile Plainsmen scholarship fund. “I said, hmmm, let me think – yes!”

“Nick was the rock star,” Lathan said, laughing. “He walked in unexpectedly ’cause we didn’t know when he was coming. I was in the rear of the house and heard loud cheers and I was just like, ‘alright, people are having a good time’.”

At $250 a couple, they definitely paid for one.

“There were about 80 folks there,” Lathan said. “We raised about triple what we’ve done in the past.”

The “Auburn Mardi Gras”-themed event lasted from 6-10 p.m. and was capped off by a surprise fireworks display.

“We had a great year and just wanted to keep it going as long as we could,” said Lathan, who graduated from Auburn in 1979 . “All of the players were amazingly patient and commented on how large the crowd was. They were all wonderful to work with. They loved the kids and held babies and took pictures. I guarantee a few Christmas cards come out of all that.”

We’re keeping our eyes out for the Josh Bynes version.

“Josh Bynes scared one child to death,” Lathan laughed. “I guess it was just that mega-watt grin.” 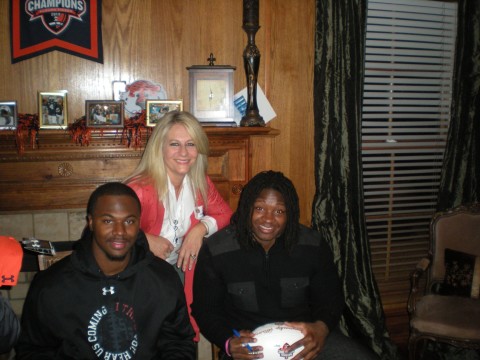 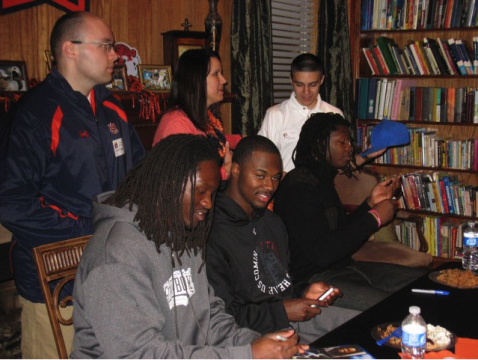 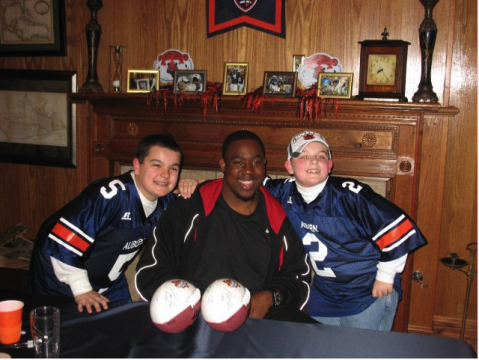 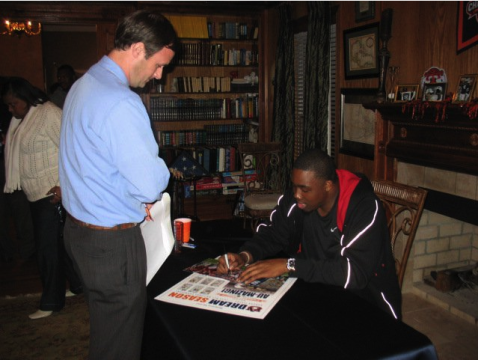