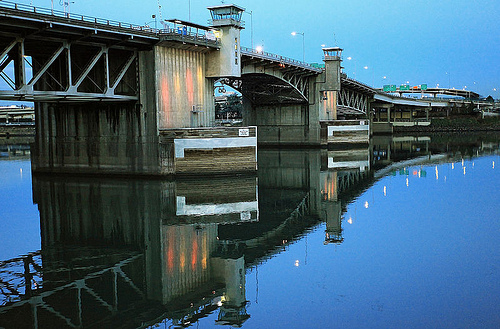 As a gesture of love (she’s a Georgia fan), the wife of transplanted Auburn alum Kevin Kelly is paying to light up Portland’s Morrison Bridge in Auburn’s colors this weekend in honor of both Kelly’s birthday and the Tigers’ run at the BCS National Championship .

Anyone can pay to light the bridge as part of The Willamette Light Brigade’s sponsorship program, which aimed at “adding architectural lighting to all the bridges across the Willamette River in Portland, Oregon.”

The cost for three days of twinkling orange and blue in the enemy’s territory? $300. But really, this is just priceless.

[Via the keen eye of Kenny Smith]