“Photo #1 is the view from my office, just to give some perspective of the area.  You can’t really tell anything about the billboards.” 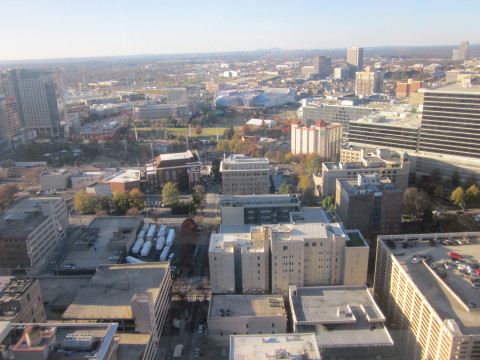 “Photo #2 is zoomed in a little more.  You still really can’t tell much of anything.” 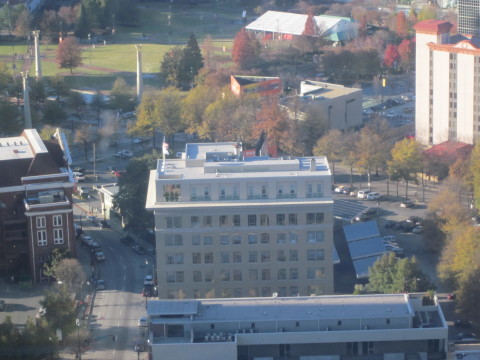 “Photo #3 is a digital zoom.  The billboard I mentioned in my comment is at the top, and the billboard pictured on TWER yesterday is just peeking over the rooftop in the foreground (Ted Turner’s penthouse, by the way).” 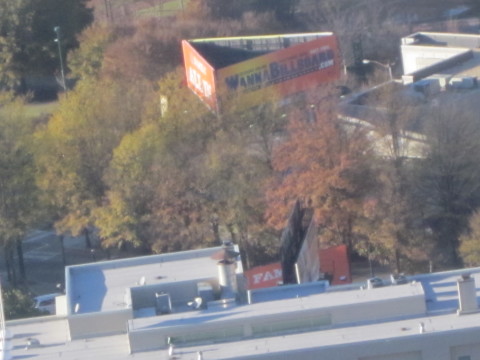 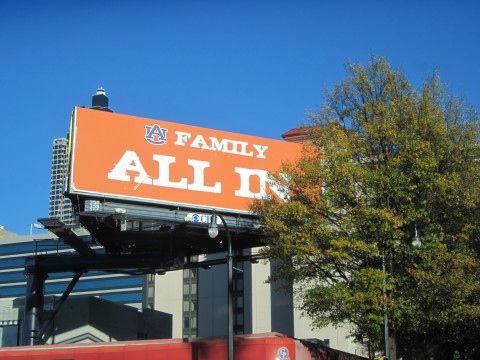 Special thanks to the office of Foy Onion.