Last week, Wright’s Mill Road Elementary School in Auburn surprised Cam Newton with an assembly in his honor, thanking him for his regular volunteer work with the school’s students and wishing him well on his trip to New York to attend the Heisman ceremonies.

This morning, TWER reported that Newton was donating to the school the $200 fee he received for appearing on the Late Show with David Letterman.

“We’re crazy about him,” said principal Lynda Tremaine. “The children surprised him with songs and a little slide show of his visits here.”

Newton’s mother and grandmother were also in attendance.

“His grandmother said ‘I just wish the whole United States could see this celebration of the kind of person Cam really is,’” Tremaine said. “I think it touched their hearts to see how much love and appreciation we have for him apart from just football, but for all the things he does here.”

Below are some photos of the event, as well as the lyrics to the song sung to Newton by Wright’s Mill students. 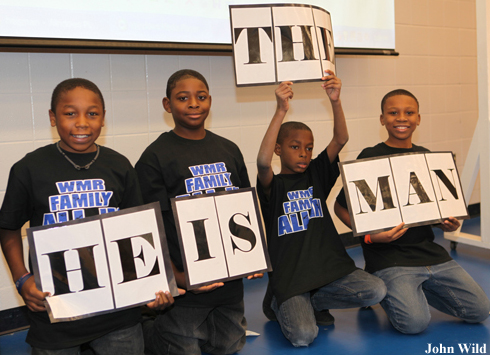 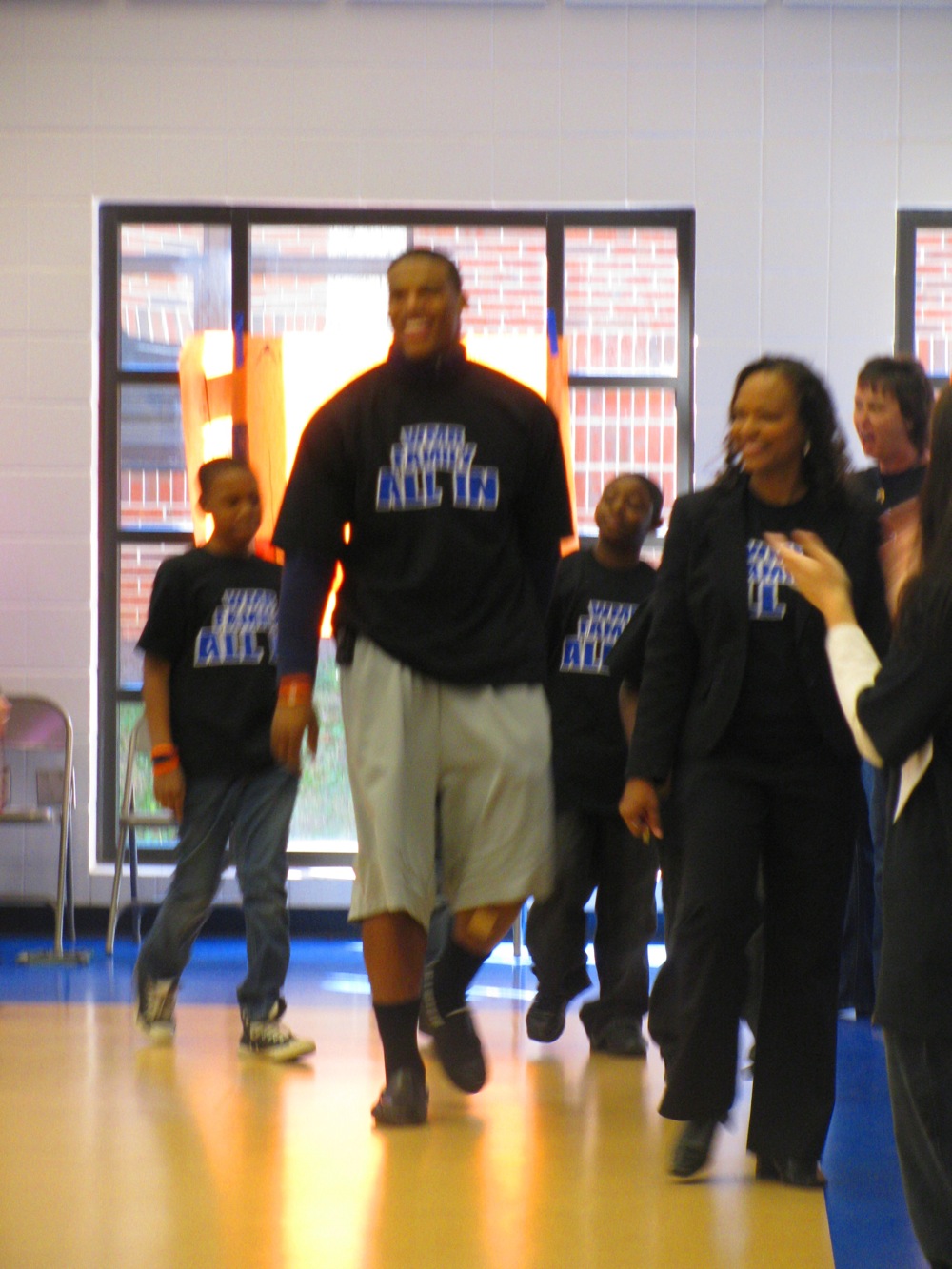 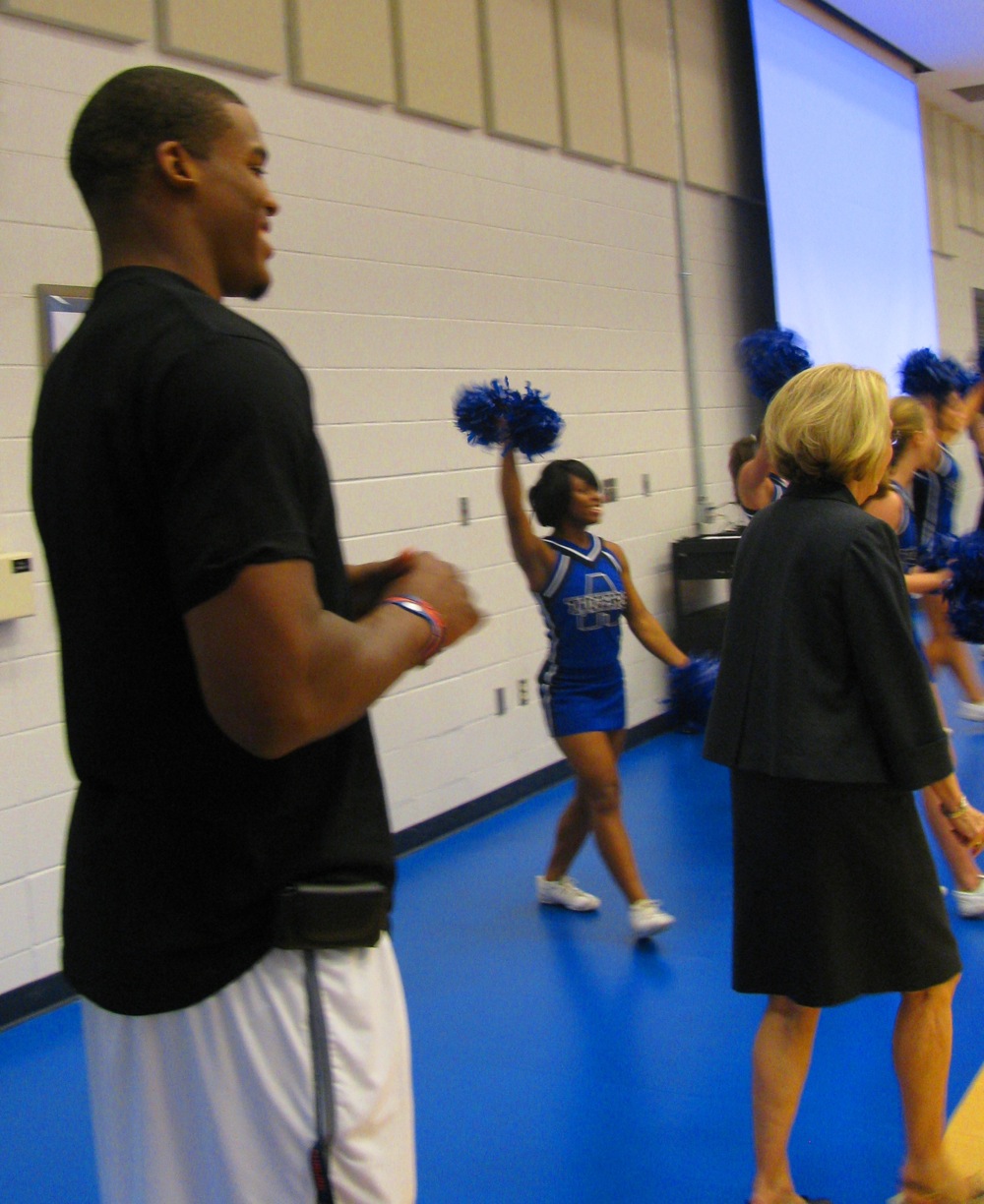 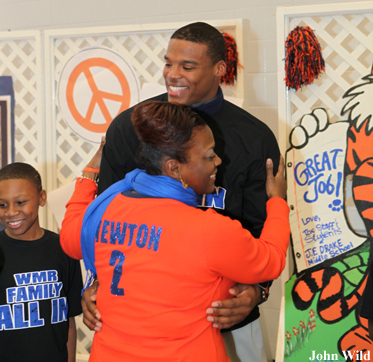 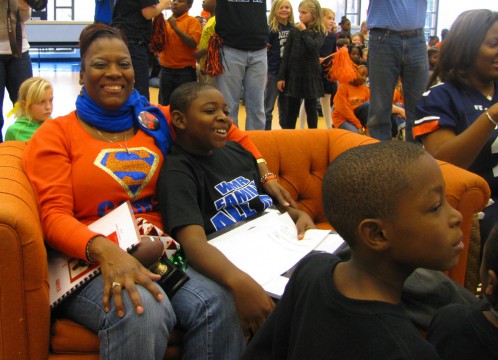 WMR Family (Cam) — (sung to the tune of The Adam’s Family theme-song)
We’re so proud to call you brother,
From another mother
We’re glad that you’re a part of
The Wright’s Mill family.

We haven’t known you long
But you’re tall and very strong
Thanks for all you’ve done,
For the Wrights Mill family.

You work hard every day
To grow in every way
We know what’s in your heart
You’re a part of our Family!

* The Case of the Tear-Away Jock Strap
* Fatal shooting after 1974 Iron Bowl
* Mates of State’s Jason Hammel talks football
* Pat Dye responds to ‘loudmouth’ allegations from 1959
* G.I. Joe’s Auburn’s connection
* If Gus had left for Vandy, where would we have turned?
* Frank Sinatra Bo Jackson has a cold
* Did the University of Alabama beat Ole Miss to the bear mascot?